8BitDo is releasing an Xbox version of its Pro 2 controller on December 8, and you can preorder it now. 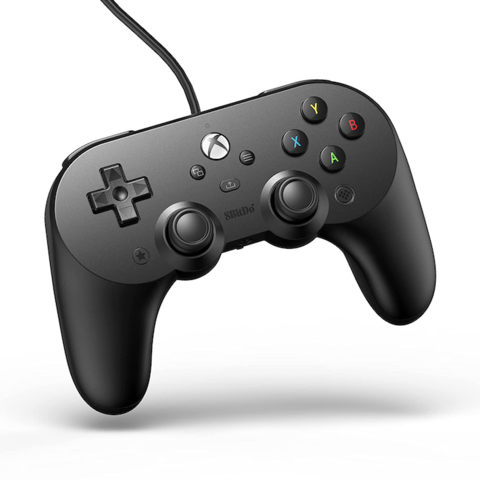 The 8BitDo Pro 2 releases on December 8 and is available to preorder now at Amazon. It's worth noting that the Pro 2 for Switch was hard to find in stock for months after release, so you may want to order one if you're interested in getting it before the holidays.

The 8BitDo Pro 2 is compatible with Xbox Series X|S, Xbox One, and PC and is officially licensed by Xbox. Unlike the Nintendo Switch version, however, the Pro 2 for Xbox isn't wireless. You have to plug it into the USB port on your Xbox. The Pro 2 has the parallel stick layout of PlayStation controllers, which will likely make it more comfortable for those who play games that favor D-pad controls. Also, some people just plain like the parallel thumbstick layout over the offset design of Xbox controllers.

The Pro 2 certainly looks like an officially licensed Xbox controller, as it retains the signature Xbox button and has every other input found on modern Xbox controllers, including the new Share button. Where it differs is on the back panel. The Pro 2 has a pair of remappable back buttons, and the rest of the inputs can be customized as well by using the included software for iOS or Android. The customization software also lets you tweak vibration settings, stick tension, and trigger pull sensitivity.

This isn't the first officially licensed Xbox controller manufactured by 8BitDo, but it is the first one that actually works with Xbox consoles. Last year, 8BitDo released a special version of its popular SN30 Pro for Android, specifically with Xbox Cloud Gaming in mind.