Oh, The New Terminator Game Is Out Now--But Not Everywhere

He'll be back (in December).

Terminator: Resistance, a new action/stealth title set in a post-Judgment Day period of the Terminator timeline, is out today for PS4, Xbox One, and PC--but only if you're in Australia or Europe. Players in the US hoping to get their hands on the new Terminator game will have to wait a while longer if they want to play the game on consoles, as the game's American release on PS4 and Xbox One has been delayed until December 10. Curiously, it went up on Steam in the US on November 14, so it's available on PC. The game has had a quiet release, slipping in under the radar during a busy period for new releases.

The game, which follows the timeline established by the first two movies (and ignores the other films, much like recent cinema release Terminator: Dark Fate), mixes action and stealth. The game casts players as Jacob Rivers, who is part of the resistance against Skynet's army of machines. He'll need to take down using a variety of energy weapons and hacking abilities, but also avoid combat whenever he's not armed with an appropriate gun. It's developed by Teyon, the studio behind Rambo: The Video Game.

It's unclear exactly why this delay has happened, but December 10 is certainly a less crowded release date than November 15--Terminator: Resistance is going up against both Star Wars: Fallen Order and Pokemon Sword & Shield in regions where it launches today. It's unusual for games to have staggered release dates in 2019, although not unheard of. Google Stadia launches next week, but by the end of November it will only be available in 14 countries: Belgium, Canada, Denmark, Finland, France, Germany, Italy, Ireland, Netherlands, Norway, Spain, Sweden, United Kingdom, and the United States. 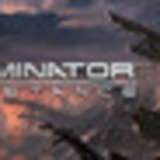