Of All The Summer 2020 Xbox Demos, My Favorite Is The One I Can't Even See

The Vale: Shadow of the Crown is a traditional action RPG, save for the fact that you play as someone who's blind. 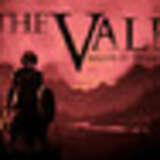 I'm a bit of an Xbox guy and indie game guy so when Microsoft announced that it was releasing over 70 brand-new game demos on Xbox One via its ID@Xbox program, I already knew that I was going to try playing as many as I could. I didn't check out all 73--I could only manage about half of the list--but of all the demos I did play, one in particular stood out to me: The Vale: Shadow of the Crown from developer Falling Squirrel.

While the demo was downloading, I quickly skimmed through the description of the game. In The Vale, you play as Alex, a woman who's the second born in a royal family--essentially the backup if something terrible happens to the first kid. But because she's blind, Alex hasn't had the same type of upbringing as her older brother. In fact, her father seemingly doesn't want anything to do with her. So when she's old enough, Alex's uncle (a fellow second born) takes her away to be the warden of a small castle on the outskirts of the kingdom. 500 miles into the journey, Alex and her uncle are attacked and she's separated from him. Alex decides her best course of action is to make her way home but as she sets out, she runs into a shepherd that informs her that an invading army is occupying the land between where she is and her brother's castle.

My initial thoughts were that it sounded like a very typical setup for a fantasy-based RPG, save for the main character being blind. But this isn't the first video game to feature a blind protagonist--typically they rely on some form of magic or echolocation or technology in order to see the world in a different way so that even if the character is blind, the player can still see. That is not what The Vale is.

My first indication that this would be a rather different game was the title screen. The game has been designed to be accessible to people who can't see very well or are blind, and a voice guides you through every selection while you set up your game and adjust your difficulty. And then the game starts. "That can't be right," was my immediate reaction. I could hear voices but the screen was all black save for a few fluttering dim spots of light. Figuring it was a glitch (this was a demo after all), I reset the game. But nope: I got the black screen again. And then it hit me: "Oh, this game is actually making me blind to its world too."

The Vale is the first game I have ever played that makes you as blind to its world as the protagonist you play as. You can't see anyone or anything. Instead, you need to rely on the noises around you to gather all the information you normally would just see. Instead of looking for a clearing to find a river and fresh water, I had to listen to the sound of running water and shuffle in that direction. I couldn't just easily see where the blacksmith's shop was in a town's square. I had to listen to the cacophony of a busy market and pinpoint the telltale clang of a blacksmith's tools in order to figure out where he was. And when I bought a supposedly fabulous bow and arrows from him, I just had to hope that they matched the quality that he described. There's no menu or stats to see, only voices coming to me from an endless black void. You have conversations with shopkeepers instead of immediately jumping into a list of items to scroll through.

Here's the thing: The Vale is an action-based RPG. You do all the things that are traditional to the genre. You talk to people and make choices. You explore hub-like locations and pick up side quests for extra coin in order to buy new weapons and armor. You use those weapons and armor in combat. But you do it all as a person who's blind and needs to rely completely on your other senses (which in The Vale is primarily sound but also a bit of touch through controller vibration feedback) to both navigate the world and interact with the people in it.

Given this dynamic, combat is especially intriguing. It begins relatively simple. You have a sword and must listen to where enemies are and swing at them when you can hear a tell that their guard is down. Stamina prevents you from swinging wildly, and since there's no in-game UI to look at, you need to listen to Alex's breathing to determine how much stamina she has left. But then combat gets more complicated--you get a shield and a bow, you're given opportunities to stealth your way through areas. And when I spoke to Falling Squirrel founder David Evans, he told me that there's a lot more in the full game. Specifically, combat gets much more complicated.

"Pattern recognition isn't super important in the demo, at all," Evans said. "And managing combat isn't super important. But once you're given enemies that have different tells that you have to listen for or they have alternating tells, you have to respond differently. And you'll also be given different abilities that you don't have at the beginning. You'll have heavy attacks, you'll have weapons that will open up new abilities like guard-breaking, and then you'll have some magic as well--simple stuff, you'll have a sword that lights on fire and an explosive AoE effect, which you'll use strategically to do certain things."

He continued: "You start with a sword, then you get a shield, then you learn how to use a bow, then you can combine those three things in how you handle encounters. And then eventually--it's not in the demo--you'll be able to move through spaces, listening for enemies and deciding whether or not you want to fire at them from range or move in and attack them and there are certain advantages to doing one or the other."

Originally, Evans was simply aiming for something novel with The Vale. No one has really made a game like this before, at least as far as both he and I can tell. "But very quickly, when [The Vale] became a game that might be for the visually-impaired community--at least more focused in that direction--I sort of forgot about the novelty and started developing a game that needed to be accessible first and then rediscover the novelty of it," Evan said. "And once I started, I realized how intimate the experience was and that there would be some interest and excitement for playing a game like this, that had the limits that it does have."

Within the first month of developing the game, Evans figured he needed to connect with the blind community in order to create both an accessible and immersive experience. The first playtests of The Vale were set up at the Canadian National Institute for the Blind, and the first people to get their hands on the game were those with low-vision or who were blind. "That was the focus and we learned quite a bit about our game--universal issues with what we were doing and trying to do as well as specific things that meant something to the blind community," Evans said.

To that end, Evans made sure The Vale always followed one rule: You could not have an advantage in the game if you happen to be someone who can see. But surprisingly, the blind community weren't the ones that struggled with The Vale's controls. It was the players who could see, who were used to playing games in a certain way, that initially struggled with The Vale.

But in all honesty, I had the best experience playing The Vale with my eyes closed. There is a learning curve to The Vale. I bumped into stuff when I first started playing the demo--like a lot. But over time, I learned to "see" the world around me. I crafted mental maps of the locations I visited multiple times. I got better at orienting myself in the middle of a fight. And closing my eyes made the process easier because it removed the distraction of any visual stimuli around me. I was forced to just listen. I got all my relevant information through my headphones (trying to play this game through speakers is not ideal, you need to easily know from which direction a sound is coming from). I have never played an RPG like that before and I had a good time with The Vale's demo, both because the experience was refreshingly novel and because Alex is a wonderful character who I love and want to play as. I have no idea how the rest of the game is going to stack up, but I can't wait to find out.

For now, The Vale has no exact release date, but the hope is that the game will come out this year. "We've left [the release date] open because of COVID," Evans said. "The linchpin has become voice over. We have one or two sessions left and things have opened up in Canada to the point where we can go and safely record. We have this whole stage system here and Toronto is going into Stage 3 a week or two weeks from now. And that, I think, is a good sign that we'll be able to go in and get the final recording. But production has started back up in the studio. Once all that's done? I feel like we're a month or two away. I would like to be looking at a time of year that we still call the summer--that's my hope. But we'll have to roll with it because of what we're up against."

If you're looking to play the demo for The Vale: Shadow of the Crown ahead of its official release, you don't have much time--it, along with all the other ID@Xbox Summer Game Fest demos will no longer be available to download and play after July 27. The Vale is not the only demo that has us excited for future Xbox releases either--seven ID@Xbox Summer Game Fest demos caught our eye.

View Comments (6)
The Vale: Shadow of the Crown
Xbox One
PC
Share

The Vale: Shadow of the Crown