Celebrate the earth by escaping from it with these deals on the Oculus Quest 2 at Verizon.

Update: Verizon seems to have pulled the promo code, as we can no longer get it to work during checkout (though it's worth trying in case the code is reactivated later today.

The Oculus Quest 2 is arguably one of the best VR headsets available today, and it's discounted for the first time to celebrate Earth Day. Verizon has both the 64GB and 256GB versions on sale when you use promo code EARTHDAY at checkout, saving you 10% on each configuration today only. Oculus Quest 2 stock is rare enough, so a sale on the headset is even more tempting. 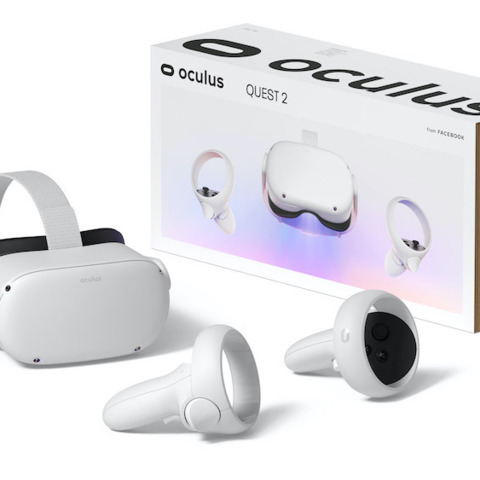 The Oculus Quest 2 comes with the headset, a pair of Oculus Touch controllers, and a USB-C cable for charging. That cable can also be used to connect the Quest 2 to a capable PC, allowing you to play more demanding games that aren't supported natively on the headset. That isn't to say it isn't capable though--the Quest 2 library is filled with great titles like Beat Saber, Superhot VR, and soon Resident Evil 4 VR when it launches later this year.

The only difference between the two is internal storage, which can't be added to unfortunately. The 64GB version might sound lacking, but it's important to note that VR titles are significantly smaller than most modern games on consoles such as the PS5 and Xbox Series X. If you want to really make use of your Quest 2, you might benefit from the additional storage space; those who only play a handful of games at a time may get all they need from the 64GB option.

The Oculus Quest 2 also supports wireless remote desktop capabilities thanks to its latest developer update, which will allow you to play our 2020 GOTY Half-Life: Alyx without any cables attached. If VR still isn't your thing, check out our collection of other daily tech and gaming deals to find something that is more your speed.