Ubisoft to publish the horror action game from developer Hydravision in the UK in September.

Ubisoft will be publishing the upcoming horror action game Obscure in the UK this September. The game, currently in development at France-based Hydravision, follows a group of five teenagers as they try to discover what's behind the mysterious disappearances at their school. Obscure's gameplay and atmosphere is reminiscent of Resident Evil games, and it will also feature cooperative multiplayer modes. The game will be released for the Xbox, PlayStation 2, and PC. Microids is handling the North American release of the game. 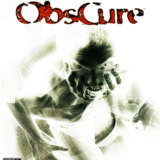