Find out about the GPU that's twice as powerful as the PlayStation 3's RSX in our GeForce 8800 GTX hands-on report.

The Windows Vista era won't officially begin until Microsoft finally ships its new operating system next January, but PC game enthusiasts will get next-gen PC graphics performance a few months early because Nvidia is ready to ship its new GeForce 8800 GTX and GTS video cards. The GeForce 8800 series GPUs are designed specifically to support DirectX 10, but the chips also feature a new unified shader architecture that will speed up performance in DirectX 9 games on Windows XP.

Choosing the premium GTX model will get you 128 floating-point processors, compared to 96 processors on the GTS. The GTX processors are also faster, clocked at 1.35GHz, which is 150MHz faster than the GTS's 1.2GHz processors. If those processor speeds seem higher than usual, it's because they are--Nvidia clocked the GeForce 8800's processors independently from the rest of the GPU core for higher performance and to increase performance-per-watt power efficiency. The GeForce 8800 has a record-breaking 681 million transistors, twice as many transistors as the GeForce 7900. Nvidia recommends a 450W power supply for GTX-based cards and 400W for GTS cards. The GTX card also requires two PCIe power connectors.

Traditional graphics processors have separate shader processors dedicated to pixel or vertex processing. The GeForce 7900 GTX, for example, has 24 pixel shaders and 8 vertex shaders. The problem with shader specialization is that games can't always balance out the right ratio of pixel and vertex work to keep shaders of both types running at full efficiency--you'll always end up with idle pixel or vertex shaders in any given time.

The GeForce 8800's unified shader architecture doesn't distinguish between pixel and vertex work--it all runs through the same processor pool. If a frame is light on triangles but heavy on pixel shading, a GPU with a unified architecture can balance the workload to make sure all the processors are properly engaged. A traditional GPU might run all of its pixel shaders at full capacity, while half of its vertex shaders sit idle in that same situation.

On the image-quality side, gamers no longer have to choose between blinding light or jaggy-free graphics. Nvidia has finally added support for antialiasing with high dynamic range lighting. The GeForce 8800 also features a new 16x coverage sample antialiasing mode that provides 16x AA quality at the cost of 4x AA. 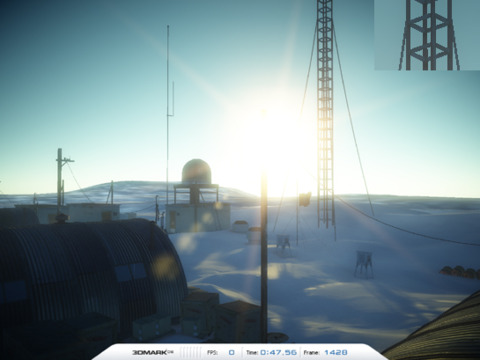 The last GPU generation brought us the first general-purpose-GPU applications that could take advantage of the graphics chip's floating-point, parallel-processing capabilities. However, the GPGPU model is still limited because applications are restricted to the graphics API and a less than ideal memory structure that forces the GPU through additional passes to iterate on data.

Nvidia has added new hardware to the GeForce 8800 specifically for nongraphics computation on the GPU. The GeForce 8800 has a dedicated thread-execution manager and shared data cache designed to keep processors well fed and highly efficient. Nvidia has also developed a complete SDK, including math libraries and a C compiler that will make it easier for programmers to access the GPU's hardware. Gaming applications include physics, but Nvidia chief architect David Kirk believes that the thread-computing-enabled GPU will play a more significant role in supercomputing. It'll be "one of the most effective ways to solve large problems because it'll be easier to program than traditional parallel devices," according to Kirk.

We tested almost all of our cards, including the GeForce 8800 GTX and GTS, on EVGA's new nForce 680i SLI motherboard, but we had to break out the Intel Bad Axe motherboard for the ATI CrossFire testing. We put the GeForce 8800 cards up against the current high-end GeForce 7900 GTX, and Radeon X1950 XTX single-card performers, as well as the top dual-card solutions, including the Radeon X1950 XTX CrossFire and the GeForce 7900 GTX SLI. We chose to omit our GeForce 7950 GX2 and Quad-SLI numbers from the printed results because we need more time to verify a few odd performance results. When comparing frame rates, keep in mind that the GeForce 8800 GTX retails for significantly less than the dual-card setups.

The GeForce 8800 GTX is the fastest video card we've ever tested. The GeForce 8800 GTX took the top spot in almost all of our tests, including 3DMark06, Company of Heroes, Oblivion, and Need for Speed Carbon. The card's only loss was to SLI and CrossFire in F.E.A.R., but we can't fault the 8800 GTX much for losing to two $1,000 dual-card setups.

The GeForce 8800 GTS also performed well. It pulled away from the pack in Company of Heroes, Oblivion, and Need for Speed Carbon but fell back to the main group when we enabled a few of the more challenging graphics settings. Note that we were finally able to place Nvidia GPUs in the Oblivion test with antialiasing enabled. GeForce 7 series GPUs simply couldn't run games with HDR lighting and antialiasing enabled at the same time.

We haven't tested the GeForce 8800 cards in Windows Vista on games yet. We can't wait to see how the GeForce 8800 runs DX10 games like Crysis, Alan Wake, Unreal Tournament 2007, and Hellgate: London. If it plays those games as well as it plays DX9 games, the GeForce 8800 will be the card to get this holiday season.