September 2007 was a banner month for the US game industry. Halo 3 mania and brisk Wii sales helped boost total US game sales--which include hardware, software, and, accessories--to a massive $1.3 billion for that month, according to figures from industry-research firm The NPD Group.

One year later, the story is slightly different. During September 2008, the game industry didn't deliver quite the same punch as during the same period a year ago, bringing in $1.27 billion for the month. 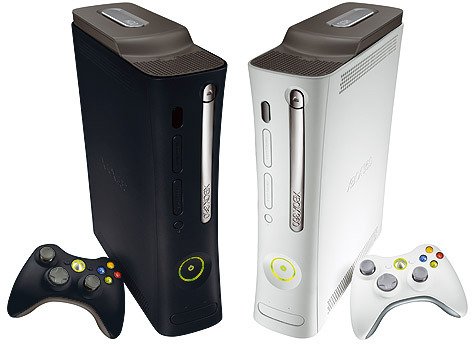 "This is the first true monthly decline the industry has experienced since March of 2006," said NPD analyst Anita Frazier in a statement disavowing January's slightly skewed figures. "It's important to keep in mind, however, that this month's 7 percent decline is against a month that itself was up 75 percent from the prior September."

On the hardware front, Nintendo took home the gold and silver yet again, with the Wii placing first with 687,000 units sold and the DS second with 536,800 units sold. However, Microsoft's dramatic price reduction of the Xbox 360--the cheapest model is now just $199--paid off in the form of a 78 percent jump in sales volume. The console sold 347,200 units during September, up from just 195,000 in August. That was enough to put it past the PlayStation 3 (234,000 units) and its smaller sibling, the PSP (238,100 units). Xbox 360 sales may further increase once all three models of the 360 are bundled with games later this month.

However, despite the high sales volume, monthly hardware revenue was actually down 9 percent year over year, going from $545.7 million in September to $498.0 million. "Hardware unit sales were flat versus last year, so the decline in dollars is due to lower prices," said Frazier. "The average retail price of hardware across all platforms declined 8 percent from last September."

The lack of a Halo 3-level blockbuster also caused overall software revenues to decline six percent in September, sliding from $656.5 million to $616.1 million. As expected, the big software hit of the month was LucasArts' Star Wars: The Force Unleashed. Three versions of the mildly praised game made it into the top 10, with a total of 1.16 million units: The 360 edition came in first with 610,000 units, followed by the PS3 version (325,000 units) and the Wii iteration (223,000 units).

The only other top 10 newcomer was the 360 edition of Electronic Arts' Mercenaries 2: World in Flames, which came in sixth place with 297,000 copies sold. However, the marginally reviewed game's publisher was well-represented in the top 10, scoring two slots for the 360 (8th, 224,000 units) and PlayStation 2 (10th, 158,000) installments of Madden NFL 09. MTV Games' Rock Band 2, which EA distributes, had a solid debut in third place with 363,000 units. The rhythm-series sequel is due out on the PS3 this month, with PS2 and Wii editions to follow in December.

The rest of the September top 10 game chart belonged entirely to Nintendo. Wii Fit didn't sweat lukewarm reviews, coming in second with 518,000 units despite being on the market since May. One month prior, Mario Kart Wii pulled into stores, but that didn't stop it from a fourth-place finish in September with 353,000 units. Older still is Wii Play, which debuted in February 2007. Despite the fact that the package is simply a Wii Remote packed in with a rudimentary game, NPD still insists on classifying the product as software--software that had a seventh-place finish with 243,000 units sold.

Speaking of classification foibles, NPD continues to not count PC game sales in its monthly video game figures, instead lumping them in with general software figures. However, Frazier took the step of calling out two PC games that launched in September. "Spore realized sales of 406,000 units and Warhammer Online: Age of Reckoning sold 274,000, which would put them both in the top 10 list of combined console, portable, and PC games sales for the month," she noted. Unfortunately, NPD does not release such a combined top 10 list to the public.