Not Every Sequel Needs A "Grand New Idea," And That Includes F-Zero

Sometimes, simply getting a new installment in a sporadic series is enough of a novelty to get fans excited. 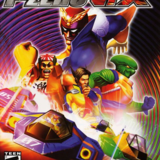 Recently retired designer Takaya Imamura had a hand in many of Nintendo's most beloved games and franchises during his 30-plus year career at the company, including the now-dormant sci-fi racing series F-Zero. It's been more than 16 years since the last F-Zero game--2004's F-Zero Climax--released on the Game Boy Advance, with little indication that Nintendo has any interest in dusting the series off. And if Imamura's recent comments are anything to go by, the company seems to have a disappointingly rigid mentality when it comes to the prospect of a sequel.

Despite F-Zero's long absence, Imamura recently told IGN that he believes the series "isn't dead," although it would be difficult to revive without some kind of "grand idea" to set it apart from previous installments. This view in itself is not surprising; this has long been Nintendo's prevailing philosophy when designing a new entry in one of its series, and it's a view that designer and producer Shigeru Miyamoto has similarly expressed in the past.

However, a sequel doesn't always need a "grand idea" to justify its existence. Given how long it's been dormant at this point, a straightforward follow-up to F-Zero GX--the series' last console installment--or even a remaster of that game would be enough of a novelty to generate interest. It would be one matter if Nintendo had been regularly pumping out F-Zero games over the past 16 years, and franchise fatigue was beginning to set in, but the series hasn't seen a new entry in almost two decades now. After such a long absence, any new F-Zero game will feel fresh, even if it doesn't introduce new gameplay elements or mechanics. Simply seeing the series with modern HD visuals or being able to race online against other players would be exciting enough draws in their own right to justify a new release.

It would also help introduce the franchise to a wider audience. F-Zero has been dormant for so long now that there's an entire generation of Nintendo fans who have not had the chance to play the series--a problem that's compounded by the fact that most older entries are not widely available on modern systems. The only legitimate way to play the aforementioned F-Zero GX is to track down a copy of it for GameCube, and while most of the series' other installments were re-released digitally for Wii U, only the original F-Zero is currently available on the Switch.

Of course, another matter that likely explains Nintendo's reticence to revisit the series is sales. F-Zero has never been a commercial juggernaut; while the first three F-Zero games each sold more than a million copies, no other installment since has approached that mark. It's possible a Switch entry could buck that trend, given how well most games are selling on the system. After all, the Pikmin series has likewise never been a strong seller, but the recent Switch port of Pikmin 3 moved nearly 2 million copies, making it the best-selling entry to date. The same holds true for Luigi's Mansion. While the series' 3DS installment, Dark Moon, sold an impressive 5 million copies, its Switch sequel moved nearly double that. F-Zero could experience a similar resurgence on the system were Nintendo to give it a chance, but its more hardcore appeal admittedly makes success far from assured.

Nintendo's deliberate approach to developing sequels is in large part why so many of its franchises remain so popular to this day, but it's also potentially caused the company to table some beloved series like F-Zero. Fortunately, the Switch's runaway success does seem to have emboldened the company to take some more risks, particularly when it comes to some older properties. One of the most surprising announcements to come from the February Nintendo Direct is that the two Famicom Detective Club games are being remade and localized 30 years after their original release. If Famicom Detective Club can get a revival, there may still be hope for F-Zero.