The official price for Rock Band 3 recently dropped to $20, but downloadable content sales are soaring.

In an interview with the GameStop-owned Game Informer magazine, Harmonix vice president of strategy and business development Chris Rigopulos sounded off about the history of the brand--and revealed one mighty figure.

He also noted there are currently about 2,700 Rock Band songs available from some 900 distinct artists on disc and DLC. Rigopulos told the magazine that 1 million unique users play Rock Band each month and 5 million distinct accounts have purchased content from the marketplace.

In terms of who buys the most DLC, Rigopulos said that Xbox 360 owners purchase the most add-on content, followed by the PlayStation 3. The Wii was a "distant third."

As for Harmonix's recent separation from the all but shuttered MTV Games, Rigopulos said, "We've effectively severed all ties with MTV, and all proceeds from Rock Band belong to Harmonix."

Looking ahead, Rigopulos said new songs from Lady Gaga, the Foo Fighters, and Ozzy Osbourne will be added to the store in the coming months, but that there will be no Rock Band 4 in 2011.

"Rock Band 3 is a big game with lots of available music content and lots of new goals and challenges. We want to give our fans the time to explore that fully," he said. "But rest assured that Harmonix is still developing new ideas and concepts to advance the Rock Band franchise, and we look forward to sharing those when the time is right."

For more on the most recent entry in the Rock Band series, check out GameSpot's review of Rock Band 3. 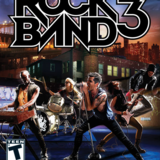