Epic says it has several projects on the go, but none of them involve Unreal Tournament.

Don't warm up your translocator just yet: Epic Games has said it's not currently developing a new Unreal Tournament game, nor does it have any plans to.

"We're not [planning on] shipping an Unreal Tournament game," said Epic boss Tim Sweeney said at a panel during GDC 2014, reported by CVG.

"We have a lot of nostalgia for the game," added Sweeney, "but we're actually not developing anything in the Unreal game universe at all at the moment."

What is Epic currently working on, then? "We've announced Fortnite... That's a game we'll be talking about later."

Later as in, this week? "We don't have anything to show you here at GDC." Oh well.

"There are several other projects that aren't announced yet that are being developed with Unreal Engine 4," Sweeney also said.

Epic's big announcement for GDC 2014 was that it is unveiling a new licensing model for Unreal Engine 4, allowing developers to subscribe for $19 a month. 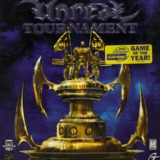