Gwen Stefani and company claim Activision had no contractual right to allow group's in-game avatars to be used to perform other artists' songs.

Activision's decision to include the late Kurt Cobain as a playable character in Guitar Hero 5 was considered by some to be tasteless. However, the situation turned into a public relations gaffe after the late singer's wife, Courtney Love, claimed that she hadn't been informed that Cobain's avatar would be able to perform any song in the game.

Now, one more act has stepped up to protest the use of its in-game likeness in ways apparently not made clear by Activision. The Los Angeles Times reports today that No Doubt has filed a suit against Activision over its appearance in Band Hero, which debuted this week on the Xbox 360, PlayStation 3, PlayStation 2, Wii, and DS. The suit reportedly claims that the publisher did not have the contractual right to allow No Doubt band members to be used in songs other than the ones they had provided for the game, those being "Just a Girl," "Don't Speak," and "Excuse Me Mr."

"The band [members] are bitterly disappointed that their name and likeness was taken and used without their permission," No Doubt manager Jim Guerinot told the LA Times. "They agreed to play three No Doubt songs as a band. ... Activision then went and put them in 62 other songs and broke the band up [and] never even asked."

No Doubt reportedly took exception in its suit with having individual band members perform other artists' songs, particularly those that include suggestive lyrics such as The Rolling Stones' "Honky Tonk Woman."

"While No Doubt are avid fans of the Rolling Stones and even have performed in concerts with the Rolling Stones, the Character Manipulation Feature results in an unauthorized performance by the Gwen Stefani avatar in a male voice boasting about having sex with prostitutes," the suit states.

The complaint reportedly goes on to note that Activision intentionally did not tell the members of No Doubt that their avatars could be used to perform other songs. The statement echoes an allegation leveled by '80s rock icon Jon Bon Jovi following the Cobain flap. Speaking about meeting with Activision about having his likeness appear in the game, Bon Jovi said that "no one even broached the subject with me that I would be singing other people's stuff."

No Doubt's complaint goes on to note that Activision refused to remove band members' likenesses from the game or lock them to the group's songs, with the publisher allegedly saying that such a move would be "too expensive."

"Activision has a written agreement to use No Doubt in Band Hero--an agreement signed by No Doubt after extensive negotiations with its representatives, who collectively have decades of experience in the entertainment industry," the publisher said in response to the suit. "Pursuant to that agreement, Activision worked with No Doubt and the band's management in developing Band Hero. ... Activision is exploring its own legal options with respect to No Doubt's obligations under the agreement." 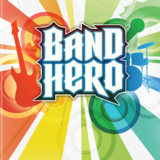 There are 235 comments about this story
Load Comments (235)