Pokemon Rumble U to come with Skylanders-like toys in Japan, though Nintendo has no news on an American or European release at the moment.

Japan's CoroCoro magazine reports (spotted via Serebii) that Pokemon Rumble U, a downloadable follow-up to previous Rumble games on the DS and 3DS, will launch in Japan this April alongside six standard figurines and one special character.

Pokemon Rumble 3 is the first Wii U game to make use of the console's in-built NFC technology. Information, such as battle data, can be stored directly onto the figurines themselves.

Pikachu is the only toy shown directly in the magazine scan, but the feature is accompanied by artwork of Oshawott, Snivy, Tepig, and Victini.

Nintendo said to GameSpot it has no news regarding a European release of Pokemon Rumble 3 at the moment.

Publisher Activision has seen enormous success from its Skylanders series, which also makes use of NFC tech and an accompanying range of toys. Skylanders has made over $500 million and sold over 100 million toys. The third game in the series, Skylanders Swap Force, is due for release later this year.

Disney is also working on its own similar title, Disney Infinity, for release on the Xbox 360, PlayStation 3, PC, Wii, 3DS, and Wii U in June. 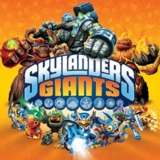