What Nintendo's past reveals about its future console.

You might have already read the news and witnessed the ensuing circus of conjecture, but for the uninitiated: Rumors of Nintendo's next console and its imminent unveiling are percolating, and they aren't the ordinary "a friend of a friend who works for the Petco near the Kmart said" rumors. These are the sorts of rumors that carry some urgency because they've made their way through trusted channels, or more specifically, third-party publishers that are likely privy to such events. Where it all starts to get a little murky is in the details. Is it more powerful than the Xbox 360 or PlayStation 3? Will it be backward compatible? Is it true that the control mechanism will have some kind of touch screen? Will it at least display HD resolutions? The answers to these questions vary, and we're left to interpret the vagaries of the situation until Nintendo confirms details. Until it does, if you want a real peek into Nintendo's future, its past serves as a suitable, if not surprising, guide.

The Nintendo DS sprang from the silicon loins of the dual-screen iteration of the Game & Watch, Nintendo's first successful foray into handheld gaming. The Super Nintendo's Mode 7 effects and Super FX chip heralded Nintendo's forthcoming push into 3D worlds and the coming age of polygonal graphics--perhaps too much so, because Nintendo canceled Super FX projects to create greater demarcation between the Super Nintendo and the Nintendo 64. The Nintendo 64DD's roots are traceable to the Famicom and its disk drive. Even the "it's so bad" Power Glove, though only licensed but not developed by Nintendo, and its technological aspirations ostensibly live on in the Wii.

Then there's the 3DS. The entire existence of Nintendo's new handheld platform is expressly owed to Nintendo's sheer stubbornness with 3D technology and its repeated attempts to make it more than an afterthought. This is a company that has constructed no fewer than three devices (starting with the Famicom 3D headset, Virtual Boy, and the GameCube's unused 3D display technology) devoted in some form to the technology. For Nintendo, it was only a matter of time before the technological stars aligned and 3D integration could happen in a logical and nonintrusive way, and quite frankly, we all should have seen it coming. 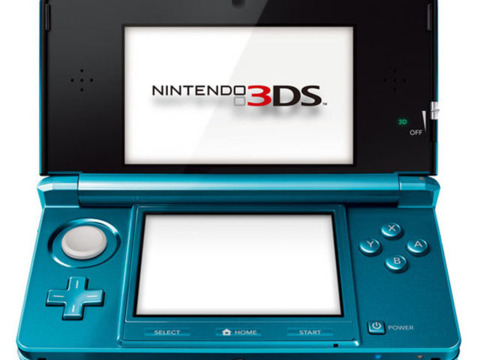 Two decades in the making.

Of course, hindsight being the great historical equalizer, it's far easier to correlate Nintendo's past with its future when the future is already on store shelves, but the lesson is this: What we perceive as successes or failures in the company's vast product pantheon, Nintendo views as opportunities to extract, improve, and use as a foundation for a new product. To establish a link with Nintendo's next system, the key is to focus on something that falls in line with this entire philosophy; something that reveals an iterative, improvable process; something that gives insight into Nintendo. That something is Animal Crossing.

More than Zelda and more than even Mario, Animal Crossing is Nintendo's hardware functionality test bed--it's the game the company uses to push features that sit outside of what's normally expected of games on Nintendo platforms. It was the first Nintendo game to support connectivity between the GameCube and the Game Boy Advance in a huge way, letting users access a secret island, customize clothing patterns, and even download NES games to the Game Boy Advance. It even supported the woefully underutilized e-Reader and let item exchanges occur via codes in the absence of online functionality. More importantly, its entire premise is built around the internal system clock and how the ensuing passage of time changes the game.

The confluence of time and gameplay is significant in itself because it highlights a concept that had been bouncing around at Nintendo HQ for years. The Satellaview system, an add-on released for the Super Famicom in 1995, was in essence the hardware incarnation of Animal Crossing. Various forms of content, including full downloadable versions of games as well as Satellaview-specific products, were available at designated times set by Nintendo.

While there wasn't anything noteworthy about the ports, the original Satellaview games were remarkable because not only were they episodic (long before that became a thing), but their mechanics also changed at the whim of the in-game clock. This translated to changes in weather, gameplay tweaks (like infinite ammunition), or even special events involving in-game characters. Sound familiar? There are some other obvious connections between Animal Crossing and Nintendo's Satellite-powered hardware. The included software featured a town that represented various features of the service. Avatars were able to navigate that town as well as use an inventory system to access money and other items.

WiiConnect24 is a modern take on the Satellaview concept, and not surprisingly, Animal Crossing: City Folk (and Mario Kart Wii to a lesser extent with its tournaments) has made some of the most effective use of the service, offering special items to commemorate holidays and other celebrations. More importantly, these items are available even when the Wii is in standby mode, giving greater incentive to revisit the game long after the initial purchase. This is exactly the same reason the 3DS's SpotPass feature exists--to push content for specific games and notify users when new content is available, even when the 3DS is in sleep mode.

In fact, SpotPass is an important feature in relation to Nintendo's next system because it supports the idea of an online-focused, living console--always connected, always promoting changes. From a general standpoint, this plays into what the industry is already doing. The Halo series features playlists that change according to parameters set by Bungie. From Software's Demon's Souls executes something similar, changing the difficulty of creatures at specific intervals. But the difference between what's happening now and what Nintendo can do with its console is as simple as active versus passive promotion.

It's like the difference between receiving a new email notification on a phone (active) and the hassle of starting an email client over and over to check for new messages (passive). Xbox Live and PSN are passive. They both require users to either boot up the game in question (like Mass Effect 2's Cerberus Network, for example) to receive notification of changes, or browse around labyrinthine menu systems, the appearance of which is largely dictated by marketing strategies. At worst, these platforms assume their users are already up to speed on what events or changes are happening and when.

Nintendo's new console, like the 3DS, may be able to take the active approach by detecting what games you've already played and then allow developers of those games to send notifications of changes or upcoming events directly to the system. This potentially opens the floodgates for advertising spam about the next downloadable content available for purchase, but it also gives developers an opportunity--and more importantly, a reason--to actively support their games for longer periods of time. Additionally, it incentivizes the development of Satellaview-style games that aren't quite episodic, but they're not quite full games in the traditional sense, either. Instead, this gaming environment can theoretically produce new types of experiences that essentially reward users for playing a specific game every day. This can even take the form of a new achievement and trophy system (that Nintendo has been reluctant to embrace), in which players are rewarded for accomplishing certain goals on designated days--not unlike what Blizzard does with timed World of Warcraft achievements and rewards, or what Animal Crossing does with its traveling salesmen.

The visual representation of this ecosystem can take two forms. Nintendo can go with its preexisting WiiConnect24 system, which occasionally updates a section for messages on the system, but it's possible that Nintendo is aiming in a different direction. First, consider this: Miis aren't going anywhere. They're one of the most popular functions of the Wii and the 3DS. Second, and keeping with the Satellaview theme, it's entirely possible for Nintendo to layer an Animal Crossing-like experience on top of everything and populate it with Miis instead of the traditional Animal Crossing characters. Throw in the ability for users to visit each other's towns, collect items, display rewards, manage a house, and you have a great piece of software built into the system that doubles as an easily digestible user interface. For those familiar with PlayStation Home, this concept should sound immediately familiar, but the two would differ in focus. 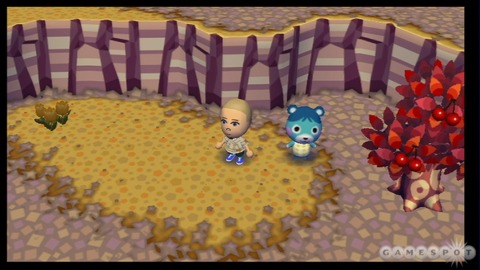 A glimpse of the future?

Where does that leave the particulars of Nintendo's new system? One thing that stands out is the rumor of the screen on the new controller. While this poses some interesting questions about the size of the screen and the resulting bulk of the controller itself, it's something Nintendo has done before with connectivity between the GameCube and Game Boy Advance, so it's not all that far-fetched and carries some obvious applications. What will be interesting to see is if Nintendo takes this opportunity to re-create what it already did with Animal Crossing and let users download old or even new games to the controller--perhaps even a 3DS--to play independently of the console.

There are plenty of other features to speculate on, so we'll leave that to the comments. But it's important to remember that Nintendo isn't the company it once was. While it's logical to assume that it just wants to build a machine that's better than the Xbox 360 or PlayStation 3, its recent history suggests otherwise. Nintendo doesn't want to compete with Sony and Microsoft--it's in a competition with itself to realize a vision of the video game industry that has been in the making for more than two decades.

There are 500 comments about this story
Load Comments (500)