This isn't the Nintendo you're looking for. 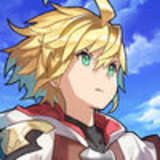 The latest mobile game from Nintendo is Dragalia Lost, an RPG developed by the Granblue Fantasy studio, Cygames. Despite carrying the Nintendo branding, Dragalia is the furthest throw from Nintendo's baseline in a while. If you expect that your love for Nintendo-published games is a good indicator of how you'll feel towards Dragalia, think again. I went into it expecting a fair amount of the typical free-to-play mobile experience--microtransactions, dopamine-targeted effects, etc.--but I couldn't have guessed how strongly these would come on from the beginning, and how little I would care about the gameplay that breaks it all up.

The core adventure loop involves sending out a team of up to five characters to engage in basic action-RPG missions. There's a story involving a prince who seeks to regain control of his kingdom with the help of dragons, but this is all doled out during occasional dialogue sequences that offer little in the way of surprise or substance. A typical quest lasts maybe two minutes, with small maps and a simple procession of scattered grunts standing between you and the inevitable boss battle at the end.

The controls afforded to you are equally straightforward. You gently shift your finger in a direction on your device's touchscreen to indicate where you want your party to go, tap it multiple times to execute a brief string of attacks, and swipe vigorously in a direction if you want to dodge . Timing your dodges is about as complex as the game gets during the initial hours, which is another way of saying that combat and exploration are both relentlessly boring.

Once you've played for a while, you'll have access to secondary abilities and a full party to cycle through on the fly, taking over for the AI if only for the sake of variety. The fifth character on your team is an AI-driven character based on another Dragalia player's profile, which means you quite frequently get the chance to recruit someone with more experience and higher levels to beef up your squad. The selection of potential recruits seem to be picked at random by the game, but there are options if you want to play with specific players in true co-op fashion.

Odds are, however, you won't need much help, at least not at the start. In fact, you can go right ahead and turn on Auto Play if you wish, which lets the computer play out missions for you. This seems counterintuitive for an action-RPG, but after the dozenth shallow mission in a row, you might consider it to be a viable alternative to grinding manually. Each mission telegraphs what power level your party should be at, so you generally have a good idea of whether or not your squad can succeed on their own, without your intervention.

Once you begin down the path of automating quests, it becomes clear: Dragalia Lost isn't designed to be a challenging game to play, but it is designed to make you feel good about your modest accomplishments, with tons of flash and pazzaz, and dozens of items doled out after each outing.The question then, is: when does Dragalia Lost become challenging enough that you consider spending money? I don't think I'll ever find out.

For as much as I'm curious to see how far down the mobile rabbit hole Dragalia goes, I already feel both bored by its systems and suffocated by the constant barrage of menus, currency, exuberance, and optional schemes that exist to tempt you to spend real money for a better chance at summoning new, high-level party members or top-tier items. Odds are you will spend more time managing all of this than you will actually playing Dragalia, and while it makes perfect sense given Cygames' background, and the mobile free-to-play market in general, it feels completely counterintuitive for Nintendo. Dragalia, like so many of its F2P kin, is little more than a glorified slot machine dressed up as a traditional game.

It's not completely surprising to see Nintendo take a stab at one of the most lucrative game types around with a new IP and a proven developer, but I, perhaps foolishly, thought Nintendo's involvement would set Dragalia apart from other money-hungry clickers. Dragalia can look attractive, and it more often than not sounds great thanks to a catchy soundtrack, but I struggle to find much more positive to say about it.

Among The Sleep Is Free At The Epic Games Store