"At least give me the goddamn specs, so we'd know what to build shit for!"

Ori and the Blind Forest director Thomas Mahler has expressed his frustration with Nintendo, saying its unwillingness to discuss its next platform, Nintendo NX, is making it difficult for devs to start creating games for it.

Posting on NeoGAF, Mahler--who is also chief executive of Moon Studios--responded to another interview in which Unravel developer Coldwood Interactive said Nintendo isn't offering much information on the NX.

Mahler noted this practice isn't exclusive to Nintendo and said all hardware manufactures are "insanely secretive ... to a stupid degree" about their new consoles.

"This is actually the [single] most annoying thing for every dev out there," he said. "We also talked to Nintendo and got absolutely nothing - I'll never understand that.

"And just to be clear, it's not just Nintendo, every hardware manufacturer is treating their dev kits and their unreleased consoles like they're the second coming and are insanely secretive about it to a stupid degree in todays time. It's not even that the hardware isn't finished (duh), but you could at least give me the goddamn specs, so we'd know what to build shit for!"

Mahler went on to say new games consoles need attractive games to sell them, so limiting the amount of developer kits available to creators could result in a lack of third-party support for Nintendo's new platform.

"What's needed to sell hardware is goddamn good software," he added. "With Nintendo not having any dev kits out there at this point and probably even wanting to sell it in 2016, I can already guarantee that they'll just not have any software support, since nobody can just jumble games together in less than a year. I mean, you can, but it'll be garbage."

Support for popular game development engines such as Unity and Unreal Engine is also crucial for new platforms, Mahler added, and platform holders should be supporting them from the outset.

"Get Unity and Epic to support these consoles way ahead of release. By the time the console launches, it should be easy for developers to develop games for these systems, things shouldn't just only start at this point.

"I want the goddamn devkits or at least proper hardware specs ideally 2 years before release - Keep all the developers updated, start a forum where devs can chat and figure out all the problems everyone's having, instead of everyone just having to deal with it. None of that's happening anywhere and it's just brain damaged."

The Nintendo NX was first announced in March 2015, but Nintendo has repeatedly said it will not discuss the hardware further until later this year. Previous reports suggested the company had started sending out dev kits to select third-parties.

It has been speculated that the NX will come with a console and "at least one mobile unit that could either be used in conjunction with the console or taken on the road for separate use." The NX will also reportedly feature "industry-leading chips" to allow for high-quality visual performance. 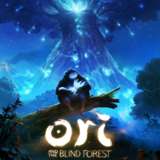 Ori and the Blind Forest
Follow
$18.99 on Bestbuy
Buy