Nintendo is finally going to head to the full digital game distribution market. Based on the recently publicized financial results briefing on Nintendo's official site, the company will be offering simultaneous digital download versions of full retail titles on the 3DS and Wii U starting this fall.

The first game to brave this method of distribution will be New Super Mario Bros. 2 for the 3DS. The game was announced to have an August release date. The upcoming Brain Age sequel for the 3DS will also be on sale as a digital copy.

Nintendo CEO Satoru Iwata said during the briefing that one downside of digital downloads would be that gamers would need to reserve enough storage space on their SD cards. Furthermore, software will not be able to be shared with multiple 3DS systems.

Iwata also said that the company's digital download program would involve retailers. Customers who buy the games from selected retailers will be given a 16-digit code that can be used on Nintendo's e-Shop to get the specific title. According to Iwata, there will not be much of a price difference between the digital and physical versions.

The Wii U will also be employing the digital download program when it launches in Japan, Europe, the US, and Australia this year. For more news on Nintendo's financial standing, check out GameSpot's latest coverage. 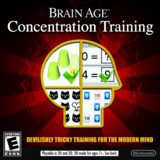