Flippers and bumpers may be in Samus' future; EB Games lists Metroid Pinball for the DS.

Web surfers bouncing around EBgames.com may have come across a peculiar game: Metroid Pinball. Though the Web site has no detailed information on the game, it does list Metroid Pinball as a DS game scheduled to ride the retail ramp December 5.

When queried about the game, a representative from Nintendo of America replied, "Nintendo does not comment on rumors or speculation."

Metroid's bounty-hunting heroine, Samus, does conveniently roll up into a metallic ball, lending more credence to the possibility of the game. Metroid makes its DS debut in Metroid Prime: Hunters on August 22.

Another game has popped up with Nintendo's tag. Lineus is listed on the ESRB Web site as a DS game rated E for Everyone. Sadly for DS owners, a Nintendo of America rep confirmed that this isn't a new game for Nintendo's portable, but it is the original name for Mitchell's puzzler, Polarium, due to hit stores this year. 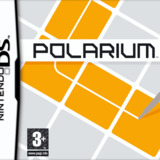