Hori's Split Pad Pro is among the best Nintendo Switch controllers; though it lacks motion controls and can't be detached from the console in portable mode, it makes the Switch feel much more like a proper console controller. The analog sticks are larger and feel great, the buttons feel great to push, and the D-pad is an actual D-pad instead of our direction buttons. It's been on sale for a good while now, but the only version available so far is based on last year's Daemon X Machina. That changes next month, as Hori has finally announced three new colours for the Split Pad Pro: Black, Volcanic Red, and Midnight Blue. All three are available to pre-order right now for $50 each and will become available on September 7.

The new colours look great--even the basic Black, which features a translucent shell similar to the Nintendo Switch Pro controller. Other than the colour change, nothing about the actual design has been changed. Thankfully, this is for the better, as the original was already a great way to play games. 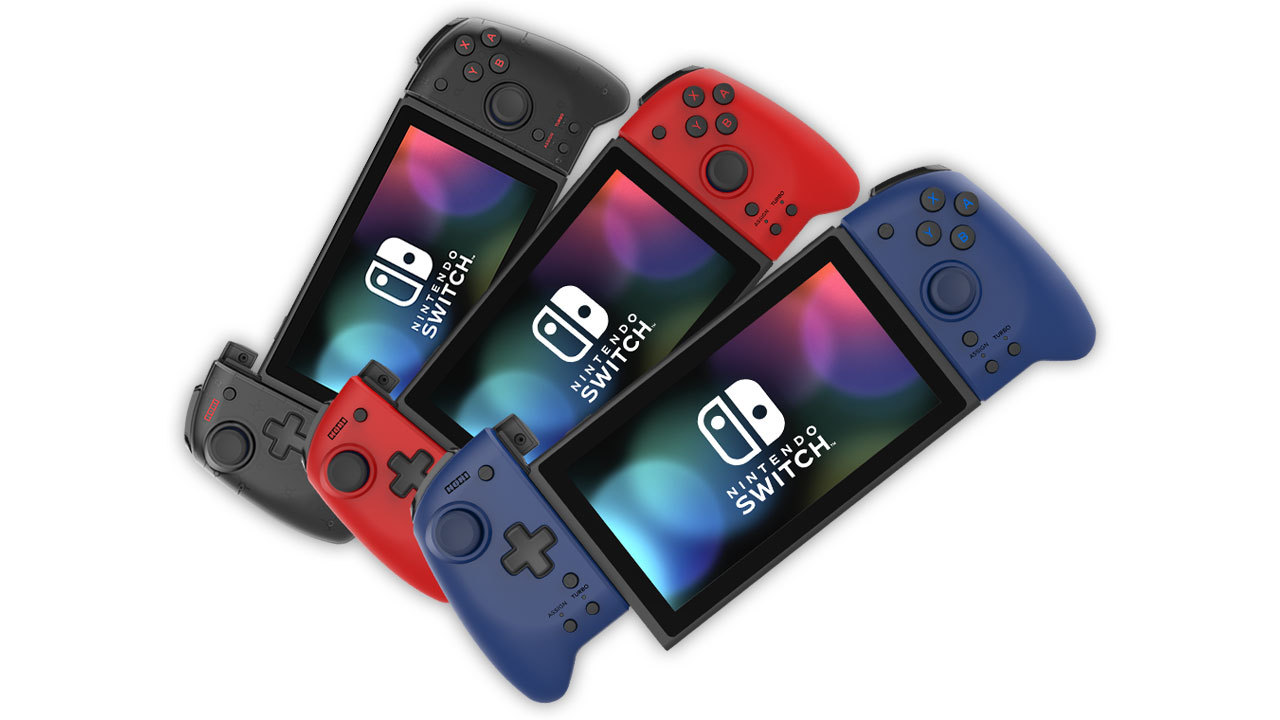 See all colors at Amazon

Hori's Split Pad Pro features controller-like buttons and sticks, but they also come with programmable back buttons that you can map to a specific command. Unfortunately, you can only map the back paddles to other buttons on their respective side--you can't map the left back paddle to any of the ABXY buttons, for example. This doesn't ruin the experience, however, as the Split Pad Pro is the only thing I use for handheld mode anymore.

This particular controller has been great for games like Animal Crossing: New Horizons, Dark Souls Remastered, and everything in between. Mapping the back paddles to the tool select in Animal Crossing or even just having the precision of the proper analog sticks and D-pad is highly appreciated. I also haven't experienced any malfunctions that weren't fixed by reconnecting the controllers--no Joy-Con drift in sight.

If you're looking for other options when it comes to making the handheld Nintendo Switch experience better, check out our guide on the best Nintendo Switch grips. There are a number of grips that make the Switch a much more comfortable handheld to play on the go--there's even one that'll give your Switch extra battery power when you're out of the house and away from a power outlet.