Grab a Nintendo Switch, Mario Kart 8 Deluxe, and Switch Online for only $300 for a limited time.

Update: The Nintendo Switch holiday bundle is currently sold out.

If you're shopping for a Nintendo Switch console this holiday, the best deal you're likely to find is available now. For the third year in a row, Nintendo is offering a holiday bundle that includes the updated Switch with better battery life, Mario Kart 8 Deluxe, and three months of Nintendo Switch Online for $300. The bundle went live on November 21 and, as expected, it's already a very popular item. Amazon and GameStop sold out of its initial stock, but you can still pick it up at Best Buy and Target. We'd expect this bundle to be restocked throughout the week, but it's likely to sell out quickly each time. 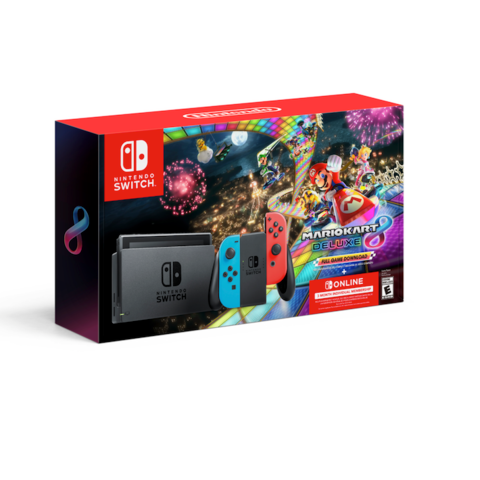 The Nintendo Switch holiday bundle costs the same amount as the Switch by itself. Considering that we rarely see outright discounts on the Switch, this will probably be your best bet if you're shopping for a Switch this holiday.

Of course, you may have your heart set on the Switch OLED, which is extremely hard to find. We're tracking Switch OLED stock throughout the week, and we'd expect it to be restocked at major retailers at least a couple of times.