In case you want to play Fe in the woods.

One of the most delightful surprises of E3 2016 was Fe, the beautiful, EA-published adventure game. Today at Gamescom, EA finally announced when we can expect to play the title. The game will launch in early 2018--and it'll be available on Nintendo Switch.

During EA's press conference, developer Zoink revealed that the game will be coming to Nintendo's console alongside PS4, Xbox One, and PC early next year. Zoink also showed off a gorgeous new trailer for the game, which you can see above.

Fe is designed to be heavily influenced by the natural world. Players take control of a cub who explores a forest and interacts with the creatures they find there. Creative lead Klaus Lyngeled explained in a press release that Zoink wants to convey the connectedness and familiarity of nature.

"We would spend hours in the woods as kids, and while it felt scary at first, eventually the strange sounds became familiar," he wrote. "You become part of nature and the forest feels like home. Players will realize similar feelings as they play through Fe."

Fe is the first game published under the EA Originals program, EA's effort to pick up smaller indie titles. Late last year, EA announced that Sea of Solitude is the second EA Originals game, although it hasn't said much about the title yet. 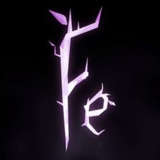