"With the Nintendo Switch's unique capacities and design, Nintendo could again redefine the way we play games."

We've known for a long time that Ubisoft is optimistic about Nintendo's new console. Now that it's been announced as the Nintendo Switch, the company's CEO has put out a statement in which he claims the console could be transformative for gaming.

"With the Nintendo Switch's unique capacities and design, Nintendo could again redefine the way we play games," Yves Guillemot said in a statement that Ubisoft sent to GameSpot. "The Nintendo Switch is accessible at its core and also seizes on the growing trends of sharing more experiences and playing anywhere at any time. Ubisoft and Nintendo enjoy a long-standing partnership and we are currently developing a number of games for the platform, including Just Dance 2017. We look forward to sharing more at a later date."

Ubisoft is among the dozens of partners for Nintendo for the Nintendo Switch. As stated, Ubisoft is bringing Just Dance 2017 to the console as well as other titles to be announced later.

At the end of September, Guillemot said the Nintendo Switch will put Nintendo "back in the race." Earlier in the year, he said the system will be "easy to use" and one that allows for "a different experience from what exists today."

The Wii U performed below expectations, selling only 13.02 million consoles since its 2012 release. By comparison, the Wii sold more than 100 million units in its lifetime.

As rumored, the Nintendo Switch system is a console/mobile hybrid, allowing you to play in the home or on the go. The console has detachable controllers for on-the-go gaming and a docking station for when you're at home. Pricing has not been announced, but we know the Nintendo Switch will come out in March 2017.

For lots more on the Nintendo Switch, check out GameSpot's coverage in the stories below. 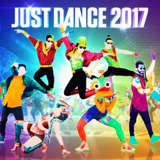