Surprise, surprise, Nintendo has stealth released a new Switch game from Little Nightmares developer Tarsier. Called The Stretchers, this whimsical puzzler tasks you with ferrying patients to the hospital in a race against the clock. It's published by Nintendo, and it's out right now on the Eshop.

The gameplay looks like a curious mix between Crazy Taxi and Brothers: A Tale of Two Sons, as you control two medics in charge of scooping up "dizzy" patients on a stretcher and navigating to an ambulance so you can dump them in the back and set off, crashing through fences, walls, and into other vehicles. Let's just say they're not the safest ambulance drivers.

The Stretchers is clearly designed with co-op in mind; the Switch's two Joy-Con's providing easy access to local multiplayer. But it can be played solo as well, which is where the Brothers vibes come from.

Surprise! #TheStretchers, a brand new game published by Nintendo, is out now on #NintendoSwitch #eShop. Grab a friend and get ready to rescue civilians in weird, wild and wacky ways! 🚑
Buy now: https://t.co/4JNzBoxfKQ pic.twitter.com/QMJRR7smnT

The game has now appeared on the US Eshop, where it's priced at $20. The Stretchers is also available now on the UK Nintendo Switch Eshop for £17.99. 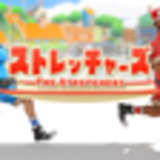