"I know that this isn't what you were hoping for, but we appreciate your support of our products now and in the future," says Nintendo.

Nintendo of America has said the company will not introduce an ambassador program for the Wii U, following the announcement of a price cut to the console last week.

Nintendo introduced the 3DS Ambassador Program to soothe customers who bought the handheld console for $249.99 before its $80 price drop in August 2011, and allowed eligible customers to download ten NES and GameBoy Advance games for free.

In an e-mail sent to Wii U daily, a Nintendo representative confirmed that "there are no plans for a similar program for Wii U."

"I know that this isn't what you were hoping for, but we appreciate your support of our products now and in the future," said Nintendo's Helena Toledo.

Last week Nintendo announced a $50 price cut for the Wii U Deluxe, roughly nine months after the console first launched, dropping the price of the 32GB console to $299.99, and also offering a bundle from September 20 with The Legend of Zelda: Wind Waker HD included.

Following the Wii U price cut, the 8GB Wii U Basic model will be phased out.

The Wii U has sold 160,000 units worldwide between the start of April and the end of June, bringing its total to 3.61 million units overall. 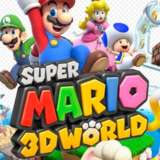 There are 271 comments about this story
Load Comments (271)