Matching Wii Remote and Classic Controller Pro also appear in Japan, where Nintendo's portable is also getting a new shade.

When Nintendo first announced its contribution to next-generation gaming back at E3 2005, the press shots for the console, then still known as the "Revolution," showed it in a variety of colours including red, green, and black. Since then the Wii has gone on to be the most popular console this generation, selling more than 50 million units and inspiring both Sony and Microsoft to implement some motion controls of their own.

Since launch, however, the console has been available only in white, with the multiple colours from the initial press shots failing to materialise. Today Nintendo has announced that the Wii will now be available in black in Japan. Accompanying the black Wii is a matching black Wii Remote and an equally glossy black Classic Controller Pro, which will also be available in white. The black Wii console's price remains the same as its white counterpart, at ¥25,000 (£158, $258), while the Classic Controller Pro weighs in at ¥2,000 (£12.64, $20.74).

Nintendo also let loose a new DSi colour on Japan. The DSi will now be available in red, alongside the current pink, lime green, and metallic blue, which previously launched on March 20. Pricing for the new red model remains the same as other models at ¥18,000 (£114, $186). Currently the DSi is available only in white and black in Europe and in bright blue and black in the US.

The red DSi is set for release in Japan on July 11, with the black Wii launching a little later on August 1. When contacted about a European release, Nintendo UK simply said, "There are no current plans for Europe." 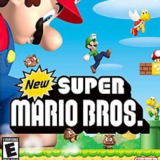 There are 390 comments about this story
Load Comments (390)