Both games will be taken offline in the country this August.

Nintendo is pulling two of its mobile games in Belgium this summer, the company has announced. Both Animal Crossing: Pocket Camp and Fire Emblem Heroes will be taken offline in the country on August 27, after which point players will no longer be able to download or play the titles there.

According to Nintendo, the decision to shut the games down is due to the Belgian government's stance on loot boxes (via Games Industry). The Belgian Gaming Commission ruled last year that loot boxes constituted gambling and recommended criminal prosecution against game developers who utilized such mechanics in their titles.

Nintendo is only the latest gaming company to change or outright pull its games in Belgium following the BGC's ruling. Valve, Blizzard, and Rocket League developer Psyonix have removed the ability to purchase loot boxes in their titles in the country, while Square Enix shut down three of its mobile games. Nintendo says it will not release any future titles that employ loot box-like mechanics in the country.

Like many other mobile games, both Animal Crossing: Pocket Camp and Fire Emblem Heroes feature a form of premium in-game currency. In the former, these come in the form of Leaf Tickets, which can be exchanged for Fortune Cookies that contain a random item. The latter, meanwhile, has Orbs, which can be exchanged to summon new heroes. Players in Belgium can continue to purchase and redeem these currencies until the cutoff date.

Loot boxes have come under scrutiny in a number of different countries of late, including the US. Senator Josh Hawley recently announced he was introducing a bill that would ban loot boxes in games targeted at minors. Meanwhile, New Zealand and France had also recently undertaken their own investigations and ruled that loot boxes are not gambling. 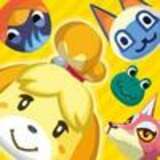