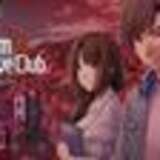 While they may not be blockbuster-level releases, Nintendo's obscure Famicom Detective Club games arrive on Switch this week, making this a notable moment for the system. As Nintendo itself has called them, these two games are "deep cuts" from the company's early years, a pair of previously unlocalized visual novels that originally launched for the Famicom Disk System (hence their namesake) back in the late '80s. This marks the first time either title is ever being released outside of Japan, and I hope Nintendo continues to bring more of these kinds of curiosities to the West.

If nothing else, the Famicom Detective Club remakes are noteworthy for their historical value. As with Fire Emblem, my own introduction to the series came through Super Smash Bros. Melee. The fighting game featured a number of trophies calling back to Japan-only titles, including one of Famicom Detective Club's heroine, Ayumi Tachibana. That small Easter egg was a fascinating glimpse at a lesser-known piece of Nintendo's oeuvre, but I had long assumed the series would remain just that--a footnote in the company's history. Their release on Switch, however, finally gives players outside of Japan their first official chance to experience the titles, and introduces the forgotten series to a modern audience.

What also makes Famicom Detective Club interesting is the team behind it. The games were originally developed by Nintendo R&D1, the division that produced Kid Icarus and Metroid (among other titles). Many of the developers who worked on those classics had a hand in Famicom Detective Club, including Yoshio Sakamoto. While he is perhaps best known for his work on the Metroid series, Sakamoto was responsible for penning the script for both Famicom Detective Club titles--some of his earliest writing credits on a video game.

It's rare to see Nintendo revive these kinds of obscurities, but the company has seemed more willing to open its vaults in recent years. Last December, Nintendo celebrated Fire Emblem's 30th anniversary by releasing an official localized version of the series' first installment, Fire Emblem: Shadow Dragon and the Blade of Light--the first time this version was ever available in the West. A couple of years prior, Hamster released an Arcade Archives version of Nintendo's long-lost arcade game, Sky Skipper. The latter, in particular, is a small miracle of preservation. As Nintendo of America's Don James explained during a Treehouse Live segment at E3 2018, Sky Skipper never received an official release in the US, and the only extant cabinet is stored in Nintendo's archives. In order to bring the game to Switch, the company had to remove the ROMs from the cabinet, copy them, and send the copies to Japan.

Even before Switch, Nintendo occasionally dusted off some of its previously unlocalized titles, and each time it did so felt like a special occasion. The unreleased Star Fox 2 was included in the SNES Classic mini console (and later added to Nintendo Switch Online's SNES library), while the very first Mother game received its official Western release on Wii U--as EarthBound Beginnings--back in 2015. Thanks to the Virtual Console service, other previously unlocalized games like The Mysterious Murasame Castle and the original Sin & Punishment were also made available in the West.

None of these games will likely ever be multi-million sellers on the level of Mario or Animal Crossing, but that's in part why it's encouraging to see Nintendo still willing to release them. These historical curiosities are effectively a treat for longtime fans more than anything, and I only hope the company continues to bring more of them to the Switch. I'd personally pounce on an Arcade Archives version of Nintendo's Popeye game, and many are still clamoring for Mother 3 to be localized (count Terry Crews among them). There's no guarantee we'll ever see any of these titles, of course, but releases like Shadow Dragon and Famicom Detective Club help to keep the dream alive, hopefully paving the way for more long-overdue localizations from Nintendo's deep archives.