Nintendo Is Adding A Subscription Pass To Fire Emblem Heroes

The Feh Pass launches February 5 and costs $9.50 a month.

Nintendo is adding a subscription pass to another one of its mobile games. The company has announced a "Feh Pass" for Fire Emblem Heroes, which will roll out alongside the game's 4.2 update on February 5 and give subscribers access to an assortment of exclusive characters and other content for a monthly fee.

The Feh Pass costs $9.50 USD / £10 / $15.50 AUD a month and grants "five special benefits" to subscribers, including Resplendent Heroes--special versions of existing characters who have a unique appearance and a +2 boost in every stat. Once you have a Resplendent character, you will be able to freely switch between their Resplendent and standard outfits.

In addition to the Resplendent Heroes, subscribers will have access to exclusive Feh Pass quests, which reward you with Orbs, Heroic Grails, and other valuable items. These quests will likewise be available twice every month. On top of that, Feh Pass subscribers will be able to form Summoner Support bonds with up to three heroes rather than one.

Finally, the Feh Pass offers two new gameplay features. The first is called Re-Act, and it allows you to return to the start of the previous turn if your heroes have not moved yet. If you have already moved your heroes, Re-Act allows you to rewind to the start of your current turn. The second feature is Auto-Start, which lets you automatically replay a map multiple times as long as you have Stamina remaining. You can learn more about the Feh Pass in the video above.

Fire Emblem Heroes is the third Nintendo mobile game to receive a subscription pass of some sort, after Mario Kart Tour and Animal Crossing: Pocket Camp. It's also the company's most successful mobile game to date, raking in $656 million in worldwide revenue according to SensorTower. That accounts for 61% of the $1 billion that Nintendo's mobile games have grossed. 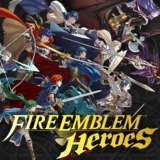