Director of Marketing for Europe redefines simultaneous global launch; says games won't be shown until they're totally playable with controller.

In an interview with Spanish gaming site MeriStation, Nintendo Europe Director of Marketing Jim Merrick spoke candidly about the company's next-generation console, the Revolution. Of all the new wave of consoles coming out, which includes Microsoft's Xbox 360 and Sony's PlayStation 3, the Revolution has been the one most shrouded in secrecy.

The most recent tidbit of Revo info was released last week, with Nintendo president Satoru Iwata taking cues from Microsoft and planning a simultaneous global release (Microsoft will launch its console in the US on November 22, Europe on December 2, and Japan on December 10). Merrick was quick to clarify that Iwata's claim wasn't a same-day, same-hour scenario, but would rather be stretched out over a maximum of 14 weeks.

"What we can guarantee is that the Revolution will be sent in the same four-month period anywhere in the world," said Merrick. He did not discuss which region would be Revolutionized first, but history leans toward Japan, where Nintendo's popularity remains high and previous console launches began.

Iwata previously announced that the console would not be shipped until after Nintendo's fiscal year in 2006, which ends March 31. Taking a best-case scenario (assuming a Japanese launch on April 1 and a North American launch a few weeks later), North American Nintendophiles would get the console in time for tax day. An absolute worst-case scenario would mean that the Revolution wouldn't be in the Western Hemisphere until early 2007.

So now that gamers have a vague idea of when the Revolution will be released, when can they expect some footage of some games in action? Not this year, says Merrick. Nintendo is making sure that when a Revolution title is ready for the public, it is fully functional with the console's new controller. He goes on to say that Nintendo games have always stressed fun rather than graphics, and for that reason the first display of Revolution games will not be screenshots, but rather totally playable.

The Nintendo exec also said that multiplayer games for the Revolution will be able to use the same technology as some DS games, enabling several players to play head-to-head on different consoles with only one copy of the game.

On the portable front, Merrick also disclosed approximately 25,000 DS wireless hot spots. Earlier this month, Nintendo reached a deal with Wayport and McDonald's to bring DS-friendly Wi-Fi stations to the fast food chain's stores across America. The plan in Europe, however, is to broaden the availablility of the service by not limiting it to one specific partner. 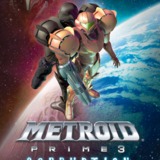