Nintendo is drastically cutting its profit forecast for the current fiscal year after a disappointing first quarter, the company announced today. The firm's net income for the year ending March 31, 2012, is now projected to be ¥20 billion ($260 million)--compared to its initial projection of ¥110 billion ($1.4 billion). Additionally, Nintendo expects its revenues to be 20 percent lower than previously forecast for the same period.

For the three months ended June 30, Nintendo's revenue dropped 50 percent year-on-year to ¥93.9 billion ($1.21 billion), leading to the firm losing ¥25.5 billion ($328 million), compared to ¥25.2 billion ($324 million) for the same period last year. Wii sales were down 49 percent compared to the year-ago quarter, while DS sales were down 54 percent year-on-year. DS software sales, meanwhile, were down 46 percent, with Wii software sales down 52 percent.

Nintendo sold 710,000 3DS units worldwide in the three months to June 30, bringing life-to-date sales for the handheld up to 4.32 million. In response to these sales figures, the firm announced that it's cutting the price of the handheld by 40 percent in Japan and by similar amounts in other territories. Nintendo still expects to sell 16 million 3DS units by the end of March next year. In the meantime, 4.5 million 3DS games were sold globally.

Nintendo's share price is currently at its lowest level in five years following sharp losses in the wake of its Wii U unveiling at E3. The company blamed the poor results on a combination of poor sales, unfavourable exchange rates, increased marketing spend and "expenses for research for new products like Wii U that will be released in 2012." 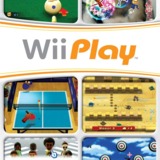