Latest arm of the Wii Shop Channel will deal out information on games, along with demos for upcoming DS games.

A new channel has been added for Wii users in Europe today: the Nintendo Channel. According to Nintendo, it will give out info on "past, present, and future first- and third-party titles." There will be game footage, trailers, interviews with developers, software guides for both Nintendo platforms, and personalised game recommendations.

Gamers will also be able to download demo versions of Nintendo DS games onto their Wii, which they will then be able to transfer via wireless to their DS. These demos will each be available to download for a limited time period, and will be erased from memory once the handheld is turned off.

There are also three new games on the retro-gaming shop Virtual Console available from today forward. The first is Nintendo 64 game Pokemon Puzzle League, a puzzler that requires you to match coloured blocks to clear shapes from a playfield before they reach the top, at which point it's game over. Pokemon Puzzle League is 1,000 Wii Points (£7). 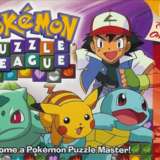