Mario and Harry Potter, together at last.

Alongside Nintendo's positive earnings report Thursday, the Japanese game giant announced a major partnership with Universal Parks & Resorts to bring the company's IP to theme parks around the world.

Details are light at the moment, but Nintendo said in a statement that it plans to create "spectacular, dedicated experiences based on Nintendo's wildly popular games, characters, and worlds."

These will include "major attractions" at Universal's theme parks around the world, featuring Nintendo's "most famous characters and games." No characters or franchises were named outright, but Mario and Zelda would seem to be likely candidates.

In addition, Nintendo called its new partnership with Universal "significant," noting that it should help extend the popularity of its IP beyond just games.

Don't expect to visit a real-life Nintendo Land anytime soon, however, as Nintendo cautions that it's currently working with Universal's creative teams to develop "concepts" for theme park attractions.

Nintendo isn't the first major media partner for the theme park, as the company also operates the Wizarding World of Harry Potter at its Orlando park, as well as various rides and experiences based on The Simpsons, Despicable Me, Spider-Man, Transformers, and others.

Earlier this year, Nintendo announced it would be bringing its franchises to mobile. There are also rumors of a Mario movie. 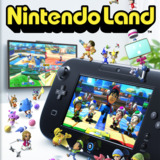