Nintendo issued a press release today outlining the sales figures for the GameCube, the GameCube software, and the Game Boy Advance. Nintendo stated that it has shipped 1.1 million GameCubes to stores in North America and has sold more than 800,000 units in the US, Canada, and Latin America. Nintendo will continue to ship more than 100,000 consoles per week in North America, and production in Japan has reportedly been increased to satisfy demand. According to the press release, Super Smash Bros. Melee has sold 250,000 copies in nine days. Nintendo believes that this makes it the best-selling game for any video game console launched this year.

Additionally, Nintendo stated that there will be 21 games available for the GameCube by the end of the year and 37 available by the end of the fiscal year. The Game Boy Advance reportedly sold 20 percent more units than any other platform in November, and US sales of all Nintendo platforms nearly equal the combined sales of all systems from all other manufacturers. According to these sales figures, Nintendo believes that this holiday season will be the best the company has had in its 17-year history in the video game industry. 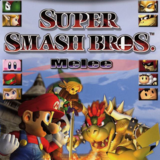