Nintendo's DS successor hits the streets in Japan, but does it live up to expectations?

Expectations around the Nintendo 3DS have been sky-high since the hardware was announced at last year's Electronic Entertainment Expo. The new portable system's glasses-less 3D display and unique array of games have garnered it a great deal of attention. The system has just been released in Japan, and we've had the opportunity to spend some extended time with it to see if it delivers on the positive initial impression it made on us when we first saw it.

What's in the Box

The Nintendo 3DS has shipped in two colors in Japan: cosmo black and aqua blue. Each Japanese unit comes with a 3DS, a charging cradle, an AC adapter, a new telescoping stylus, a 1 gigabyte SD memory card, and a package containing six AR (augmented reality) cards that work in tandem with the 3DS's built-in cameras. Five of the AR cards react with the cameras to bring the simple 2D images of Nintendo mascots to 3D life, while the sixth lets you call up a shooting minigame. In addition, the system has a few other game applications preinstalled. It should also be noted that the 3DS has no language selector in any of its menus, making it difficult for non-Japanese speakers to navigate its menus.

Overall the 3DS has a great deal in common with its predecessors, namely the DSi. The unit retains the same familiar form factor, albeit with some minor cosmetic tweaks that haven't changed much since the last time we saw it. The dual-screen system now has a larger, wider top screen that is more in line with a traditional widescreen form factor. In addition, a slider has been added to the right side of the screen to let you customize the unit's 3D effect. The stylus is now a telescoping accessory that rests next to the cartridge slot. A new analog slider is on hand to supplement the unit's directional pad for controlling characters. The headphone jack has been centered along the bottom side of the unit, and a dedicated wireless switch lets you toggle the 3DS's wireless connectivity on and off. The front-facing set of buttons offer a pleasing amount of spring, as does the directional pad, making the system very robust for games such as Super Street Fighter IV 3D. Overall the system fits well in your hand and offers a solid play experience regardless of your skill level. That said, the 3DS has a set range of working viewing angles that you may find challenging to work around.

Like the DSi and, to a lesser extent, the two DS iterations that came before it, the 3DS comes with a variety of software apps and pseudo-games loaded directly onto the system. Notable for longtime DS owners, however, is what's missing from the software lineup: Pictochat. If you were longing to repeat the halcyon days of late-2004 when you and some friends would get together and write vulgar messages to one another on your DS Phat, we're afraid that's no longer an option.

In Pictochat's place, however, are a number of more technologically advanced applications. One you've likely heard a lot about is the augmented reality feature, which lets you read specialized "AR cards" that come with the system in order to turn your living room into the backdrop for an honest-to-goodness video game. You can also use these cards to make familiar Nintendo mascots pose for photos. We managed to take the Mario card and the Kirby card and then position them in such a way that it looked as though Mario were kicking Kirby straight in the face, at which point we taught Mario a lesson and dropped the Samus card down to make it look like she was shooting Mario in the back of the head with her arm cannon.

The system also features a sound editor and a photo editor very similar to those found on the DSi. The primary difference here is the ability to take 3D photos in the photo editor. The system comes with two rear-facing cameras that, when processed together, produce a 3D image. The image quality isn't great, and if you're used to snapping photos on a modern digital camera or smartphone, it looks downright grainy. But the 3D effect is still pretty neat and adds a nice bit of novelty to your amateur photography.

Another included application is the Mii editor, which supports the camera to allow for fully automated Mii-making in your own image. It's not exactly uncanny valley territory, however, because the Mii character options are more or less on par with the Wii, though the camera does a fine job of distilling your facial features into a very basic caricature. From there, you can take your Mii into a variety of scenarios, including the aforementioned AR games, as well as a suite of Mii-focused minigames in the Mii Plaza app.

Finally, one of the other notable hardware features is the ability to do some light multitasking. On the DSi, you could tap the power button to return to the home screen on command, but doing so would force you to lose any progress in the game you were currently playing. With the 3DS, however, tapping the home button will send you back to the home screen, but it will let you navigate the home menu and still be able to jump back into the last game you were in with your progress maintained. Unfortunately, the system doesn't support true multitasking, because you can't juggle between two or more games or applications. So if you're currently playing Nintendogs and you suddenly want to take a picture in the photo app without losing your progress, you're simply out of luck.

In its current state, the 3DS is a very promising little system. When your eyes are locked onto the screen, the 3D effect looks great. Moreover, it's a powerful piece of hardware as well, with games such as Professor Layton and the Mask of the Miracle moving that series into new polygonal territory with great success, and Winning Eleven Soccer 3D rendering player faces with terrific authenticity. It is, on a basic level, a well-made system that has a lot of potential.

But potential can get you only so far, because the current selection of games doesn't take full advantage of everything this system has to offer. The current selection of games hints at a bright future for new features such as augmented reality and Street Pass, but doesn't really paint them as must-have selling points for the system. And while certain games look great in 3D, none of them convince you that 3D is a technology that can change and add significant value to the way you play a particular game.

In the end, seeing what the 3DS has to offer upon its initial launch reminds us a lot of another portable handheld right after its release: the Nintendo DS. When that system came out back in 2004, it flashed brilliant potential but few must-have titles. But you know how that story ends, because the DS has gone on to become a phenomenal success with a vast library of games that have proven that the touch screen is a valuable addition to the world of gaming. The 3DS could certainly be headed in that direction, but only time will tell if its various features will get it there. 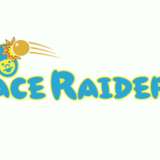