Tomonobu Itagaki, the controversial game designer behind the resurrected Ninja Gaiden series and the various Dead or Alive games, has quit Japanese dev company Tecmo. Itagaki's move comes on the eve of his latest game's US release, Ninja Gaiden II, and just days before the game ships globally.

In a statement released to the media, Itagaki said that he was leaving Tecmo due to unpaid bonuses, and that he is suing the Japanese company for 148 million yen ($1.4 million). The head of Team Ninja stated that his last day on the job will be on July 1, 2008.

"Before the start of development on Dead or Alive 4, Tecmo Co. Ltd. had agreed to pay a completion bonus to me for this Xbox 360 title, which I produced. However, when the time came for the actual payment, Tecmo Co. Ltd. went against its previous agreement and refused payment. President Yoshimi Yasuda chose not only to violate this agreement, but also turned defiant, telling me 'if you are dissatisfied with the decision not to pay the bonuses, either quit the company or sue it.' In addition, he made demeaning remarks about me to my subordinates and colleagues, causing me significant emotional distress and worsening my personal relationships and work environment. Thus, I have no choice but to resign from Tecmo Co. Ltd.," the statement said.

Itagaki also addressed gamers directly in his statement, saying that he will never be able to make Dead or Alive 5.

"I truly feel sorry to all the fans of the games I have made. Ninja Gaiden II, which will launch on the 3rd of June, will be the last Ninja Gaiden I will create. I will also never be able to make Dead or Alive 5. I regret the circumstances that have forced me to leave Tecmo, where I had worked for so many years, and I regret the disappointment this will cause my fans," he said.

Itagaki has had a colorful past in game design, with some critics lambasting his games for their highly sexualised portrayal of female characters. Itagaki himself was accused of sexual harassment in 2006, a claim that Tecmo rebuffed.

Check back with GameSpot soon for more updates on this story as it develops. 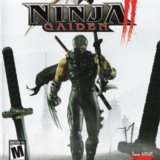 There are 806 comments about this story
Load Comments (806)