Yoko Taro had previously estimated that Nier had sold about 500,000 units.

Nier Replicant, an upgraded remaster of the original 2010 game, released back in April, and it has already managed to sell over 1 million copies. This performance is astronomically better than the original version, and points to the series' continued strength over the last few years.

The official Nier Twitter account shared the news on June 22, less than two months after the game released. In addition to its 1 million unit total for Replicant, 2017's sequel Nier: Automata has sold more than 6 million units. Automata's success was somewhat unexpected, as the game was released seven years after the first Nier, which was itself only a very modest success that failed to impress reviewers.

#NieR:Automata and #NieRReplicant ver.1.22474487139... have shipped/digitally sold over 6 million and 1 million units respectively!
Whether you've cried over androids fighting a war for survival or an older brother trying to save his sister, thank you for all your support 🎉 pic.twitter.com/yCBYySCq7N

That failure was largely because of the gameplay, however, which received a big overhaul for Nier Replicant. Combat now feels as weighty and satisfying as it did in Automata, with re-recorded voice acting, improved music, and, of course, much-better visuals. For those who haven't played Nier yet, it's a great place to start, though you may also want to read up on a certain other game called Drakengard in order to understand why Earth is in such a desolate state.

In addition to Automata and Replicant, a third Nier game called Nier Reincarnation will be coming to iOS and Android soon. It uses gacha mechanics and a different combat system, but it retains the series' signature visual style, music, and existential dread. 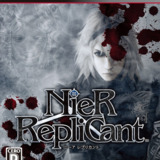