Ahead of its November release date, you can now pre-register for Nier Reincarnation and get a neat in-game bonus.

Nier fans will soon learn what "all prayers lead to the cage" means as Nier Reincarnation, the first mobile game in Yoko Taro's popular RPG franchise, has opened pre-registration on both the iOS App Store and Google Play Store. The game's official Twitter account announced the beginning of preorders while also unveiling the game's official website and an intro trailer. Listings for Reincarnation on each digital storefront also confirm the game's release date as November 6.

Nier Reincarnation is a "command-action RPG" following The Girl of Light, a young girl who awakens on the floor of a place called The Cage. Together with a small and mysterious creature who calls herself "Mama," the girl must travel through the labyrinthine Cage in search of answers on how she arrived there.

While there are no bonuses just for preordering, Square Enix has confirmed that extra Gems will be given to all pre-registered players. The amount of Gems awarded to pre-registers, however, depends on how many players preorder the game. The milestones per the game's official Twitter are as follows: 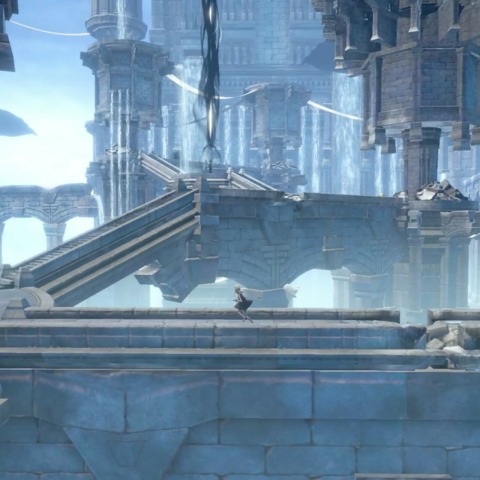 Nier Reincarnation is up for preorder now on the Apple App Store and Google Play Store. Anyone who pre-registers will be eligible to receive the aforementioned in-game Gems based on milestones met.