We take a close-up look at Nibiru: Messenger of the Gods, a new adventure game from DreamCatcher on display at E3 2005.

We had a chance to go behind closed doors today with DreamCatcher Interactive to take a look at Nibiru: Messenger of the Gods, a new adventure game from Future Games, developer of The Black Mirror. While we didn't get a chance to play for ourselves, Lorraine Lue from DreamCatcher was kind enough to show us the ropes.

The story of Nibiru revolves around the unlikely triad of Nazi secrets, the ancient Mayan civilization, and extraterrestrial visitors. The threads start to cohere when your character, an archaeologist, is summoned to Prague to look into a tunnel that was sealed by the Nazis before the end of World War II and that has recently been rediscovered. When you arrive in Prague, though, you find that the tunnel is being guarded by the Czech military and that your contact in Prague has been murdered. Since you assumed that the tunnel was merely a historical find, these events pique your interest, and you start snooping around.

We only had a brief chance to look at the game, but it seems like it will appeal to adventure gamers looking to engage in a mystery and investigation-based story and work their way through logical dilemmas, rather than "puzzle puzzles" of the Seventh Guest school. For instance, we followed the archaeologist around as he attempted to bypass a guard that was blocking his passage into a tent. To do so, Lorraine first had to engage the guard in conversation to get on friendly terms, after which he revealed how hungry he was. After collecting numerous items, we examined our inventory to see what we could give him that might lure him away from his position; we found some beans past the expiration date, as well as some mushrooms. Mmm-mmm! To give these to the guard, Lorraine had to use a can opener on the can, combine the mushrooms with the can, light a stove with matches, then use the can on the stove to heat up the beans. This was all performed relatively quickly, thanks to the easy-to-access inventory, which pops up when the mouse hits the bottom of the screen (similar to the Windows taskbar). Inventory items can be combined by dragging them atop each other or used on a portion of the gameworld with the same dragging motion.

With the spoiled (but warm) beans in hand, we returned to the guard and gave him the entree, which of course made him sick enough to force him to abandon his post, allowing us access to a nearby captain's tent, from which we stole some keys to a nearby utility shed. Inside the shed, the archaeologist found a tool box and a generator. Using a screwdriver on the generator allowed him to pry off a panel and force the generator to shut down, letting him lure another guard away from his post long enough to sneak into a nearby tunnel, presumably leading to the Nazi secrets hidden beneath Prague.

From a gameplay standpoint, Nibiru uses tried-and-true adventure staples, such as the mostly static, prerendered backgrounds with contextual hot spots that you'll have to mouse over to find. The storyline is what's going to draw most adventure gamers into the game, or so we suspect; we didn't learn much about it, but we did spy a poster that mentioned a Nazi attempt to communicate with "the 12th planet," so that sounds rather intriguing. We're told that Nibiru will feature 20 to 30 hours of gameplay and a good amount of interactivity between the characters in the game, so keep your eyes on GameSpot for more info in the future. 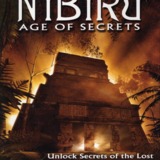