In the Fight for the Throne event, players, players will join in battle against three other kingdoms. Players will have to strategize to bring a centralized dragon to their own base and reach a specific score to achieve victory. The winning players will be designated as the Capital Kingdom on the server. The victor will receive special rewards, such as a special kingdom skin, a costume, and bonuses for server events.

The other major addition is pets. Distinct from familiars, pets will follow players around the world. Pets can also serve as collectables. In other changes, you can now choose whether they will play a quest with automatic, semi-automatic, or manual settings. New players using the game's PC version can also bypass the mobile linked sign-up and just begin on their computer.

The update also brings special events with it. In the Fight for the Throne opening event, players who use a new cheer function at a specific time will receive a four star decoration chest. In the Cooking Competition Episode Eve event, players can receive a four star boar familiar in addition to power-up materials, depending on their mission points. In the seven-day celebration event for the launch of Capital Kingdom, players can achieve daily goals like defeating a world boss or even just drinking a health potion to receive power-up materials and a four star weapon bundle chest.

Ni No Kuni: Cross Worlds is a free-to-play mobile spin off of the JRPG series Ni No Kuni. It launched in May 2022. In GameSpot's impressions feature, Jason Fanelli said that, "There's a lot to do in Cross Worlds, but the game can do much of it itself." 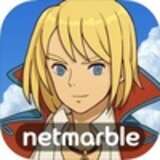