NHL 21 arrives this October for PS4 and Xbox One in multiple editions.

NHL 21 is out today, a month after the series' usual release date. That might disappoint players who were hoping to get their annual hockey fix last month, but if you already know you're going to pick it up on PS4 or Xbox One, NHL 21, there are multiple editions available.

NHL 21's cover athlete is Washington Capitals star Alex Ovechkin. One of the best players in hockey, Ovechkin previously appeared on the cover of NHL 07. EA has outlined a handful of changes for the gameplay and modes. The Be A Pro story mode will have more storylines and a streamlined menu system. The World of Chel mode will feature ranked seasons along with a free skate and practice mode. On the gameplay side of things, EA has added more skill moves to give players more versatility.

In the GameSpot NHL 21 review, editor Eddie Makuch gave the game a 9/10. "NHL 21 is a fantastic ice hockey game that pushes the series forward with an enjoyable, engaging story mode in Be A Pro and a flashy, arcade-style way to play with HUT Rush," he wrote. "The new skill moves are a welcome addition to the mix to give players new ways to be slippery and keep defenders guessing, but the best part of NHL 21 is its solid foundation thanks to its excellent controls and presentation package that is getting even closer to mirroring a TV broadcast."

Three different editions will be available at launch on PS4 and Xbox One.

If you preordered any edition of NHL 21, you got a pretty neat bonus dubbed NHL 94 Rewind. The throwback mode lets you play as modern players and teams with the graphical style and gameplay of NHL 94. The mode isn't available at launch, but you can start playing NHL 94 Rewind on October 30. You can also get some goodies for Ultimate Team if you preorder any edition of the game.

NHL 21's Deluxe edition costs $80. While we imagine it will be available in physical and digital formats, it's only available digitally right now. It comes with the following bonuses:

NHL 21's $100 Ultimate edition is available in physical and digital formats for PS4 and Xbox One. It comes with a bunch of bonuses: 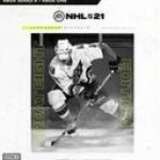