NHL 13 is off to the best start in the history of the franchise. Publisher Electronic Arts announced today that the game's first-week worldwide sales were up 9 percent over NHL 12's previous record-setting launch of 451,000 copies. This means NHL 13 sold about 491,590 copies during week one.

EA also parsed user statistics for NHL 13, saying since launch, players have logged over 3.7 million online games, and scored just under 5 million goals. Additionally, the company said the most popular teams used across all game modes for NHL 13 in week one were the New York Rangers, Philadelphia Flyers, and Pittsburgh Penguins.

GameSpot's review of NHL 13 found it to be generally great, with its realistic new physics system allowing for new levels of skating authenticity. 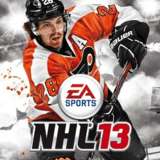