Develop reports that chip manufacturers and software middleware firms expect the next Xbox to be announced at E3 2013, with a launch following in time for the holidays. This would be an announcement-to-launch timeline similar to the Xbox 360, which was revealed just six months before the console hit retail in November 2005.

The report also suggests that Lionhead is already at work on "Fable Next" for the forthcoming console. Various other development houses, including EA and Crytek, have also been rumored to have preliminary development hardware.

These reports follow a recent confirmation that various Microsoft employees are already on the next console team. Several LinkedIn accounts for Microsoft employees listed them as working on the hardware, with Jeff Faulkner pinpointed as creative director on "Xbox Next Gen." 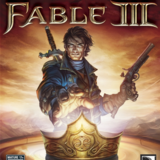 There are 496 comments about this story
Load Comments (496)