Next Xbox, PS4 already have a leg up on Wii U

GameSpot survey reveals level of interest in upcoming systems as well as what features are most important.

Only 13 percent of surveyed GameSpotters think they'll buy Nintendo's next console, but unannounced next-gen systems from Microsoft and Sony top Wii U in purchase intent by a nearly 3:1 margin.

Nintendo has revealed next to nothing about the Wii U outside of its tablet-like controller. But as far as gamers are concerned, it may have been better for the Mario maker if it had shown nothing at all. 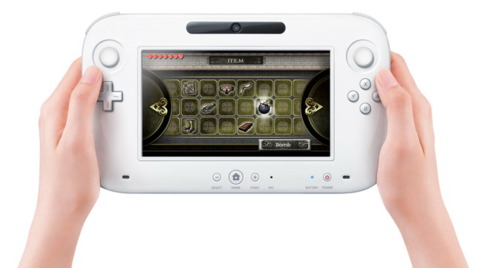 Nintendo still has a way to go to sell gamers on the Wii U.

Last month, GameSpot Trax surveyed 2,546 readers randomly pulled from around the world about the next generation of gaming consoles, and the results provide a new perspective on where the combatants stand in the earliest stages of the next salvo in the console wars. Only 13 percent of the respondents said they were likely to buy the Wii U, compared to 36 percent who were on board for the next-generation Xbox, and 34 percent who believed they would pick up Sony's next PlayStation console. The numbers are a little shocking, given that systems hitting shelves this year--or next, or the year after that--with zero confirmed information to speak of, would nearly triple the gamer purchase intent for a new Nintendo console with concrete details confirmed for 2012.

Perhaps that shouldn't be so surprising. When a company has said nothing about its next console, it still has the possibility of being everything to everyone. It could still produce real-time graphics on par with the latest computer-animated blockbuster movie, have a launch lineup with all the company's biggest hits, sell for under $200, and socially cloud stream 3D apps in full HD. The sky is the limit.

Despite that, gamers seem to know that what they want in the next generation of consoles and what they'll get are two different things. Take a look at the results from two questions in the GameSpot user survey. For comparison's sake, the answers to the question of what features respondents expected from the new systems are listed in the order of their importance to those same gamers.

Notice something there? With 84 percent of survey takers calling for it, backward compatibility was the most important feature of all, but less than a quarter of respondents actually believed it likely to be a feature in the coming console generation. (Nintendo has already said the Wii U will be backward compatible with Wii controllers and games.) Gamers' desires and expectations matched up more closely with features like better graphics and downloadable games, but a handful of features were more broadly expected than desired. Only 26 percent of gamers considered better social integration to be an important bullet point, but 46 percent believed it would be present anyway. 3D compatibility was another feature that gamers have come to expect (42 percent), even if it isn't one they necessarily think is crucial, as only 26 percent considered it important. 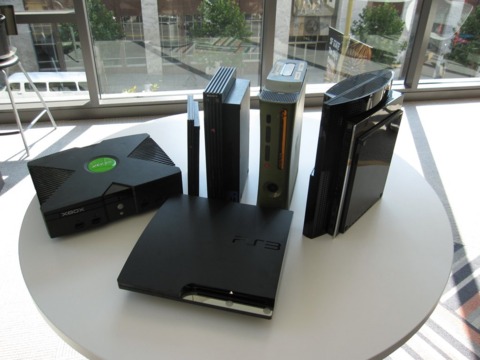 All of this generation's systems were backward compatible (at least initially), but gamers don't think the next generation will follow suit.

It's telling that gamers largely agree on backward compatibility as an important feature, but don't perceive the console makers as being interested in providing them with it. It's tough to blame them. In the last six years, the Xbox 360 and PlayStation 3 have undergone a metamorphosis from game systems to all-encompassing media smorgasbords for people to stream music, read comics, post to Twitter and Facebook, check out the latest TV shows and movies, and catch up on the day's news. Meanwhile, Nintendo has gone from a company catering to console connoisseurs with Mario and Zelda to a mainstream powerhouse that boasted bathroom scales and minigame collections among its industry-shaping hits.

It's becoming clear that console makers are chasing mainstream audiences now, and the core gamer demographic that used to be catered to is starting to feel a little left behind. The interesting part now will come when we see how successful these companies are in chasing after a diverse and fickle general audience, and just how much of the core gamer demographic will stick around to find out.

There are 669 comments about this story
Load Comments (669)