Three more Xbox 360 games are now playable on Xbox One by way of backwards compatibility.

On Twitter, Microsoft's Larry "Major Nelson" Hyrb announced the newest additions: Aqua, Anomaly Warzone Earth, and Lazy Raiders. These were added to the program on June 7.

These are the first new additions to the catalog this month. The latest arrival before this was SSX, which joined the backwards compatibility program on May 26.

Looking ahead, there are four games confirmed to be coming to the program but not delivered yet. These are BioShock, BioShock 2, BioShock Infinite, and Skate 3.

New games are added to the mix whenever they are ready, not on a set schedule. There are now more than 190 games in the Xbox One backwards compatibility lineup. You can see all of the Xbox 360 games you can currently play on an Xbox One here. 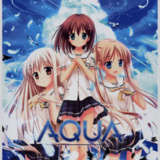