After releasing 18 games into the Xbox One's backwards compatibility catalog in January, Microsoft has added its first February game to the library.

As announced by Major Nelson on Twitter, Lego Indiana Jones joins the lineup today. It's not the only Lego game in the catalog, as Lego Batman, Lego Pirates of the Caribbean, and Lego Star Wars: The Complete Saga are already in the library.

Lego Indiana Jones originally came out in 2008, retelling the stories from Raiders of the Lost Ark, Temple of Doom, and The Last Crusade with trademark Lego humor.

There are more than 300 Xbox 360 games playable on Xbox One via backwards compatibility. You can see a list of all of the games here.

In other backwards compatibility news, Xbox boss Phil Spencer said he has a "never say never" attitude about bringing the feature to PC. 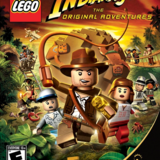