The PS2-on-PS4 library adds another game this week. Sony has announced that Hot Shots Tennis, which originally came out a decade ago, will enter the library when the PlayStation Store refreshes this week.

Hot Shots Tennis was developed by Japanese studio Clap Hanz, which also made the Hot Shots Golf series. The game offers "true tennis gameplay," as well as matches for up to four players.

There are currently 30+ titles in the PS2-on-PS4 library, including a number of Rockstar Games-developed titles like Bully, Grand Theft Auto III, and Grand Theft Auto: San Andreas. Other PS2-on-PS4 games include Twisted Metal: Black, Psychonauts, and Star Wars Bounty Hunter.

You can see all the PS2-on-PS4 games here.

Hot Shots Tennis should be available when the PlayStation Store refreshes for the week on Tuesday, September 13.

The game was originally released in 2006 in Japan and 2007 in North America. GameSpot's Hot Shots Tennis review scored the game a 5/10 back then. 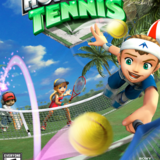