The King of Fighters 2000 joins the catalog.

The next PlayStation 2 game playable on PlayStation 4 is now available. As announced on the PlayStation Blog, this game is King of Fighters 2000, a 1-2 player fighting game from SNK.

According to its PlayStation Store product page, the game will take up 1.1 GB of hard drive space. It costs $10, and you can queue up your download right here.

Before today, the most recent addition to the PS2-on-PS4 library was Remedy's Max Payne, which was released at the end of April. There are now 23 games in the catalog.

In December 2015, when the first PS2-on-PS4 games were released, PlayStation boss Shuhei Yoshida said Sony will work "tirelessly" to release even more PS2 games for PS4 "on a regular basis." The company is also asking for your suggestions for which games should be added.

On the subject of price points for the PS2-on-PS4 games, Yoshida said the emulation technology that makes it possible, among other things, doesn't necessarily come cheap. That's why Sony is charging $10-$15 for games you might already own. 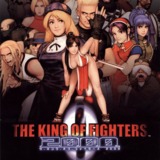