Next MoH to be PS3 launch title?

The next installment in EA LA's long-running WWII series is reportedly well into development and will launch alongside Sony's console next spring.

Even though Medal of Honor: European Assault is barely out of the oven, Electronic Arts' Los Angeles studio is apparently cooking up the next installment in its venerable World War II series--for next-generation consoles, no less.

Over the weekend, sources close to EA LA informed GameSpot that the Southern California shop has been toiling away on a next-gen MoH for the past six months. Tentatively titled "Medal of Honor: Airborne," the game will be a--wait for it--first-person shooter following a group of paratroopers similar to those portrayed in the HBO miniseries Band of Brothers.

While that may be a treat for history buffs, game geeks will be more excited by another aspect of Medal of Honor: Airborne. According to the same source, the game has been selected to be one of the launch titles for the PlayStation 3. That means MoH: Airborne should drop into stores next spring, when Sony officials have said its new console will hit the market.

No other consoles were mentioned by the source, but previous MoHs have been released for all three major consoles. However, only the Xbox 360 will be on the market next spring, which means that the Nintendo Revolution version (if one is planned) would arrive in fall 2006--at the earliest.

When asked for comment on Medal of Honor: Airborne, a senior PR spokesperson at EA LA demurred, saying, "We aren't ready to comment on anything just yet." However, that didn't stop the studio from putting a positive spin on the rumor. "Gamers can assume that EA is excited to bring the coolest content to the latest platforms," said the rep. "We have an amazingly creative development team down here and they are eager to show gamers just how far they take the next-generation of consoles."

GameSpot will have more on Medal on Honor: Airborne as more details emerge. 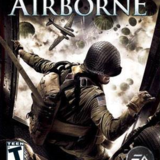