Next-Gen Console Wars: 10 Steps to Dominance for the PS4

This week, Hilary Goldstein takes a look at what Sony has to do to make its next system a smash.

With Nintendo's Wii follow-up, the Wii U, due at the end of this year, the talk of next-generation consoles is already crackling. Soon we'll be overcome with rumors, leaks, and speculation about the eighth generation of game systems, which includes the next hardware from Microsoft and Sony.

But what are at least 10 things each console manufacturer needs to do to find success in the next iteration of the system wars? Last week Microsoft was in the spotlight. This week, it's time to see what Sony must do if it wants the PlayStation 4 to come out on top.

What Sony Needs to Do

Don't Be Late
This might be obvious, but it's critical that Sony's next console come out before or at the same time as Microsoft's next Xbox. In the most recent gaming generation, Microsoft got a huge jump by releasing the Xbox 360 a year earlier than Sony's PlayStation 3. That extra time gave Microsoft the chance not only to build an audience, but also to get more developers on board to think Xbox 360 first when making games. And it put Microsoft ahead of the curve in terms of pricing.

Don't Skimp
"It only does everything." For a brief time, that was the PS3's calling card. Doing everything--including Wi-Fi, Bluetooth, and a hard drive--out of the box created a higher level of consistency between different PS3 options. But it also limited some of Sony's pricing flexibility. Consider this: Microsoft sold a less expensive console without Wi-Fi capabilities, but convinced consumers to buy a pricey add-on to enable wireless access. It even sold bigger hard drives, stupid faceplates, and even a (failed) HD-DVD drive. Sony provided a more robust package, but it didn't necessarily help in the early years of the PS3.

The temptation, then, might be to mimic Microsoft's Xbox 360 launch plans: fire out skimpier versions to lure in gamers with a lower price point and then force them to buy numerous add-ons to flesh out the console. It might seem like a winning formula, but it's a bad idea. Even if the next Xbox and PS4 are released at the same time, Microsoft still has the edge in recognition and popularity. In a head-to-head competition of releasing products, the PS4 has to appear superior in its hardware offerings. Having more for the same price--to have the console be "the only thing you have to buy"--could immediately put Sony on equal ground against the next Xbox.

Solve the First-Person Shooter Dilemma
You'd be hard pressed to find a single nonexclusive first-person shooter that sells better on the PS3 than on the Xbox 360. Battlefield, Call of Duty, and just about every other FPS leads on the Xbox 360. Sony has to even the playing field with the PS4. Shooters are the most accessible games, and they garner the most sales year in and year out. Taking a chunk of the Call of Duty pie would go a long way toward boosting Sony's profile in the next generation.

Of course, that's easier said than done. Microsoft has a controller perfectly suited for shooters, so to combat this, Sony must do something many PS3 gamers will not initially like: change the controller. It doesn't have to be drastic, but the PS3 DualShock controller is merely adequate for first-person shooters. The thumbsticks are too loose, and the triggers don't have enough analog give. Of course, a more reliable online service, exclusive DLC, and more FPS multiplayer betas would help as well.

Move On Up
The Move has some advantages over Microsoft's Kinect. Tactile control is a comfort, not a detriment, to people--having controllers in hand when simulating swinging a golf club or drawing a bowstring feels more natural than having nothing in your hands. Still, the Move in its current incarnation is a bit of a jumble. You can buy the Move controller and then hold a PS3 controller awkwardly in the other hand or buy a navigation controller separately. Instead, Sony should create a single experience for folks in a simple package. Or--crazy as it may sound--create a PS4 controller that can separate to become two motion controllers and ship it with the system. Compete directly with Microsoft with voice commands, menu control, and greater Move integration into all things PS4.

Get Unreal
Epic says Unreal 4 will be ready to roll by 2014. Wisely, Epic usually ties its engine to a major game release--one that pushes the graphical boundaries of the generation. While the days of third-party exclusive games may be waning, this is a prime opportunity for Sony. Do whatever it takes to get Epic's next, uh, epic locked in exclusively for the PS4. You can be pretty much assured it will be one of the best-looking games throughout the system's lifetime, and it sends a signal that the most popular middleware in the industry has a secure home with the PS4.

Easier Development
The turning point in the current console generation wasn't the early release of the Xbox 360, price, or system power. It was, by numerous accounts, the ease of programming for the 360 over the PS3 and Microsoft's dedication to providing support to developers. Sony has since softened some to this philosophy, offering tools to make development easier, but more must be done for the PS4. It can't use the same architecture, and Sony can't come in with the same "you'll figure it out" attitude. Be overly helpful and overly attentive the first two years to woo developers and publishers back toward Sony's side--ensure the PS4 is the lead SKU for cross-platform development and not the Xbox 720.

A Better PlayStation Store
Microsoft has convinced the public that XBLA is something special--a downloadable store unlike any other. In truth, Sony has had a stronger exclusive lineup on PSN over the past two years than the offerings on XBLA. Most gamers don't even realize this. That's because the PlayStation Store is poorly organized and poorly promoted within the PS3 dashboard. Change the story by creating a storefront fused into the dashboard, where new releases have prominence, and the value of PlayStation Plus is more clearly illuminated.

Embrace Genres That Scare Microsoft
The Xbox 360 is often considered the PC-friendly console. That is, the console that feels most in tune with PC gamers' sensibilities (if they wanted to abandon their rigs and play only on consoles). But the Xbox 360 actually shies away from two big PC staples: real-time strategy games and massively multiplayer online games. Sony has dipped its toe a few times into MMO games. Now is the time to invest in a structured system that supports free-to-play MMO games on the PS4 or develop a first-party RTS to try to fuel console growth. Find the weaknesses in the Xbox's game library and make them strengths. 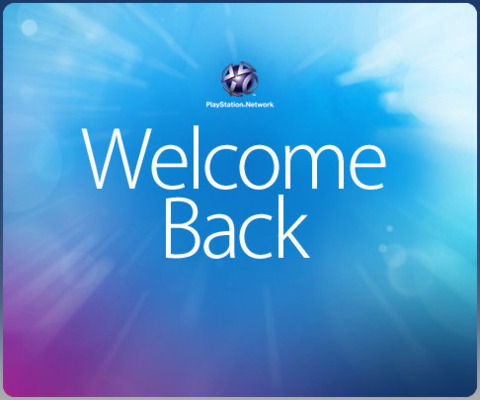 How Sony addresses a crisis will be key.

Avoid a Crisis
Sony fumbled its handling of two major public PS3 snafus: the nefarious error code 8001050F, which resulted when the PS3's internal clock mistook 2010 for a leap year, and the 2011 hacker attack that took down the PlayStation Network for nearly a month. Sony deserved the harsh criticism leveled at it. But here's the catch: bad things are certain to happen again. How a company prepares for and reacts to a crisis can be crucial to consumer confidence (and diffusing gamer antagonism).

Sony can't afford another hacking incident. The PS4 online infrastructure must be rock solid and tested regularly. Just as importantly, Sony needs contingency plans for several possible crisis scenarios, including appropriate messaging and compensation to gamers. It would be great if the PS4 had an error-free life, but what are the chances of that?

Be a Leader, Not a Follower
Sony takes risks. It bet on Blu-ray being the next generation in media, in the value of a free online service, and in motion control (remember, the PS3 launched with Sixaxis, and in 3D). Not every bet has paid off (you really can't fly dragons using Sixaxis controls), but at least Sony is making those bets and making them often. The PS4 has to be a console of those types of bets. Even if half of them don't fully succeed, big punches are required to knock out the Xbox 720 and Wii U.

There are 908 comments about this story
Load Comments (908)