Next Free Xbox One Game For EA Access Subscribers Revealed

The 2006 shooter Black has been added to the catalog.

EA's Xbox One digital subscription service EA Access has added another game to its "Vault" of freebies. The newest addition is the shooter Black, which was developed by Burnout studio Criterion Games, and it originally launched in 2006 for Xbox (and PlayStation 2).

GameSpot scored Black a 7.4/10 back in 2006. We enjoyed its high-octane action at the time, in particular one scene that must have been inspired by Michael Bay's The Rock. Black plays on Xbox One through backwards compatibility.

There are now 56 games in the EA Access Vault. The newest addition before Black was DICE's excellent military shooter Battlefield: Bad Company, which arrived in December. Black was not added to the similar service for PC, Origin Access. For more, check out GameSpot's roundup of all the EA/Origin Access games here.

In addition to free games, EA/Origin Access members can play some games (but not all) ahead of launch; most of the time, subscribers get a five-day headstart. Another benefit is that subscribers save 10 percent on all EA digital content, which knocks down the price of a $60 game to $54. The service costs $5/month or $30/year. 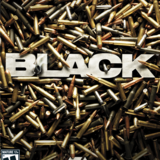