Next Fable Is Using The Forza Engine

The next Fable game will have Forzatech horsepower under its graphical hood.

The next Fable game is being developed using the Forza engine, according to a job listing for a Software Engineer that was spotted Microsoft's website (via IGN). Forza series creators and developers Turn 10 Studios posted an ad seeking a new software engineer to work with the ForzaTech engine, with the successful applicant being tasked with using the software to "support an open-world action RPG – Fable."

Details on the next Fable game--which was revealed in a cheeky Xbox Series X|S showcase trailer last year--have been slim so far. What is known is that Forza Horizon developer Playground Games is handling development through a second studio that was formed in 2017.

So far the game has attracted some notable talent, which includes narrative director of Arkane Studios' Dishonored: Death of the Outsider Anna Megill, Will Kennedy from GTA V as chief designer, Hellblade's Juan Fernández de Simón as principal game designer, and Adam Olsson from The Division 2 as lead environmental artist.

For more on the game and everything that we do know, you can check out our Fable hub for every detail that has been unearthed so far. 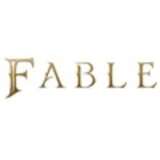